The majority of the people who live below the poverty level do not work, but this includes children, the elderly and the disabled poor. Among the poor between ages 18 and 64 who are not disabled or in school in 2014, 51.8 percent worked for part of the previous year. However, only 25.2 percent of these “able-bodied” poor worked more than 50 weeks.

In 2014, the working poor as a fraction of all people in the labor force for 27 weeks or more were:

Are wages or jobs the problem for the working poor?

The connection between poverty and labor markets is complex. High, stable wages and stable full-time employment can keep many out of poverty. However, stagnation of wages at the bottom of the US wage distribution over the past several decades and continuing low rates of full-time work, especially in single-parent households, often leave families below the official poverty threshold.

In 2014, 82 percent of the working poor who usually worked full time experienced at least one of the major labor market problems, according to the Bureau of Labor Statistics. Low earnings continued to be the most common problem, with 67 percent subject to low earnings, either as the major problem or in combination with other labor market problems.

Whether employment status reflects supply or demand factors remains a question. Poverty is substantially higher in states where wages at the bottom of the distribution are lowest. Poverty rates are nearly five percentage points higher in the lowest-wage states compared to states with wages in the middle. 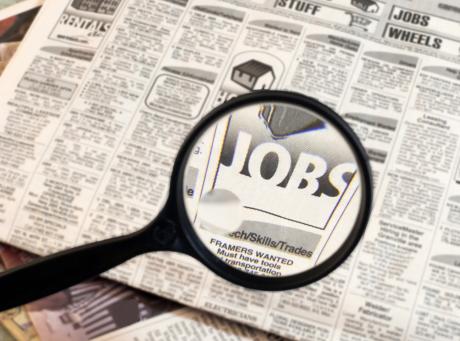 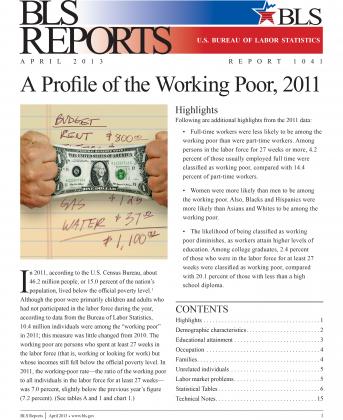