The annual earnings for a full-time minimum-wage worker is $15,080 at the current federal minimum wage of $7.25. Full-time work means working 2,080 hours each year, which is 40 hours each week. However, many states have their own minimum wages, including 29 that are currently higher than the federal rate.

Some states with minimums higher than the federal wage—such as New Jersey, Arizona and Washington—have also chosen to adjust their minimum wage annually for inflation. Some municipalities, including Washington D.C., currently have a minimum wage for some employees that is even higher than minimums in any state.

How much is the federal minimum wage really worth? 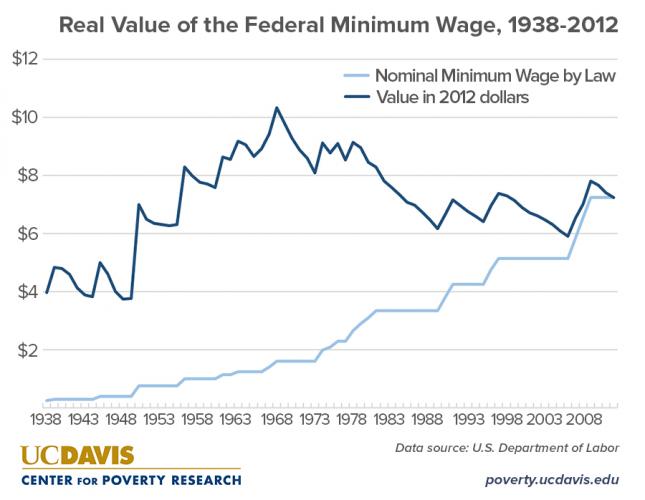 Will a minimum wage job keep workers out of poverty?

Whether full-time work at minimum wage keeps a worker out of poverty depends on their family size and whether others in the household work. Someone who works full time for minimum wage and lives alone will earn above their poverty threshold. For single parents who work minimum wage, however, staying above poverty can be particularly challenging, even with full-time work. 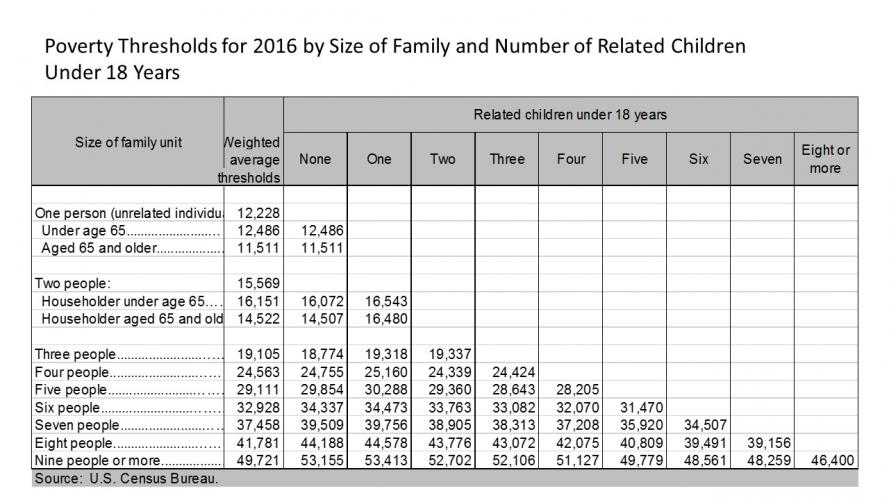 This means that in order to have earnings above their poverty threshold, a single parent with one child, for example, would have to earn at least $7.95 per hour working full-time. At the current federal minimum wage of $7.25, this single parent would have to work at least 2,282 hours during the year, or an average of about 43.8 hours each week.

The larger the family, the more hours of work are required to stay above poverty with a single minimum-wage income. A single parent working at the current minimum wage with two children would have to work at least 2,668 hours annually—more than 50 hours each week—to keep the household above poverty.

Do workers at the minimum wage still need government assistance?

With a minimum wage income, even working full time, many workers will qualify for most federal safety net programs in the United States. Eligibility guidelines for government assistance are based on the Census Bureau thresholds, but are developed and updated annually by the U.S. Department of Health and Human Services. Those with incomes below a certain percentage of their poverty guideline will qualify.

For a family of three, this means an annual income of $26,556 or less will qualify them for SNAP benefits. A full-time worker supporting this household alone will have to earn $12.78hourly working 40 hours each week—or about 70 hours each week at the current $7.25 minimum wage—before the household loses eligibility for benefits.