Using income and household relationship data from the American Community Surveys (ACS), the Census Bureau provides unofficial estimates of the number and percentage of people in poverty for sub-national levels of geography. 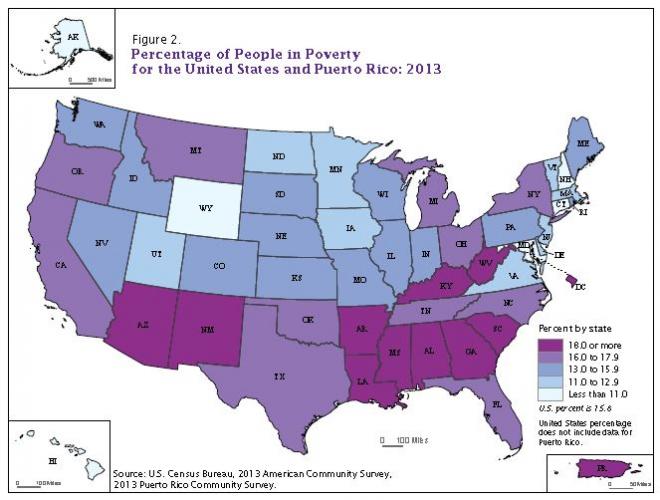 Frequency and Timespan: Annual data and averages across mulit-year timespans for 2004-2013

Geographic Level of Coverage: Subnational estimates of income and poverty for all places, counties, and metropolitan areas with a population of at least 65,000 as well as the nation and the states 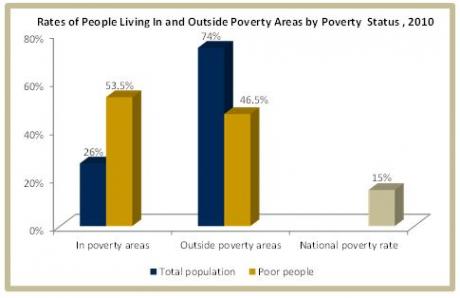 What do we know about the geographic concentration of poverty? Estimates from the American Community Survey

In 2010, 15% of people lived in poverty.  Poverty is not evenly distributed across neighborhoods and every state has neighborhoods with higher than average poverty rates.