Article January 9, 2015 Sign up for e-news How Poverty and Depression Impact a Child’s Social and Emotional Competence Demographic and Emotional Risk Factors in Early Psychological Development

He crouches out of sight, pushes the puppets through the curtain and begins to make them talk. 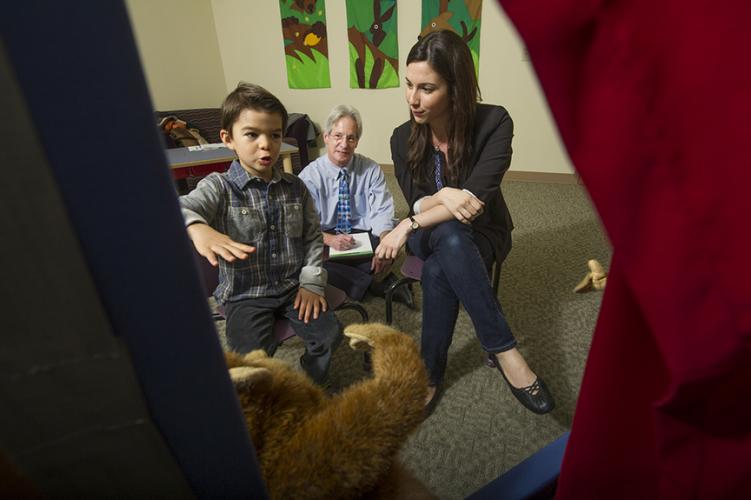 Thompson is a distinguished professor of psychology at UC Davis and a member of the Center for Poverty Research executive committee. He has spent a career studying children and families but has also invested significantly into getting proven interventions into policy and practice.

In his lab, Thompson studies children from as young as 18 months through age six. With his puppet theater he has found that children have an implicit sense of who they are as early as three years old.

With the puppet theater, children can describe themselves in complex ways. A child can even express a positive or negative self-concept, something Thompson has found is predictably related to the child’s security of attachment to his or her mother.

“Children whose mothers report high depression and a lot of parenting stress tend to have a more negative self-concept,” says Thompson. “In the case of poverty, a source of stress is economic.”

The idea, says Thompson, is that the chronic stress that comes with disadvantage can alter a child’s brain and nervous system. Over time, this stress can make it harder for a child to manage his or her emotions, which then makes it more difficult to interact well with others. It also contributes to memory and learning problems in the classroom, which impacts long-term academic achievement and the chances for a life out of poverty. 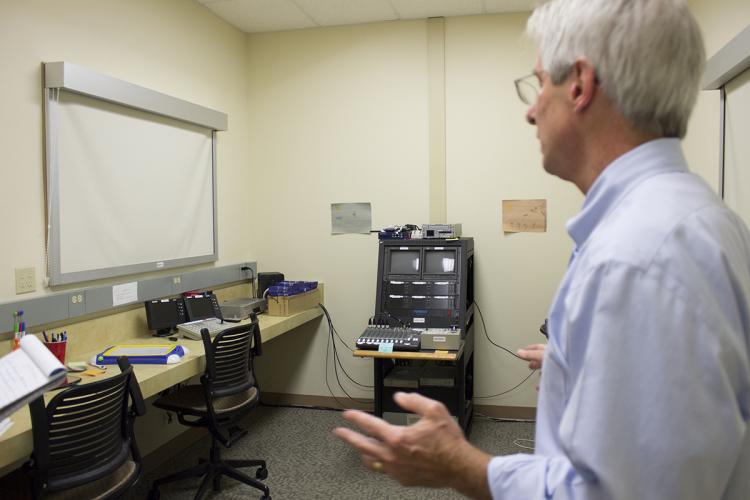 “Ross’s work pointing to the potential role of poverty in affecting children’s emotional development helps explain why poverty can have such lasting effects,” says Ann Huff Stevens, director of the Center for Poverty Research.

Thompson says, “The question becomes, how do you helpfully intervene when parents are under stress?”

From the literature on education, he says, there are two big concerns. One is that the achievement gap between advantaged and disadvantaged children is already apparent by the time they begin school. The second is that as they progress, this achievement gap actually widens.

To be successful, says Thompson, students from disadvantaged backgrounds need teachers who are trained to manage the effects of stress on classroom performance, even before they enter the school system.

Ron Haskins, co-director of the Brookings Institution’s Center on Children and Families, serves with Thompson on a National Academy of Sciences committee on children’s learning from birth to age eight. The committee seeks to improve training programs for people who work with children, including teachers, child care workers and home visitors.

Haskins is a national figure for research on children and poverty. The two have known each other for 30 years.

In 2013, Thompson invited Haskins to visit the Center for Poverty Research as a distinguished visiting scholar, where he spoke about federal efforts to fight child poverty. After a dinner conversation about research on childhood stress, Haskins invited Thompson to co-author a chapter on the subject for The Future of Children, a joint public policy venture of Princeton University and the Brookings Institution that Haskins edits.

“The chapter was so fascinating that every time we do an event on policy that deals with the effects of stress, I invite Ross to come and give a talk about it,” said Haskins.

Thompson has been interested in child development since he was an undergraduate psychology major. An internship in a therapeutic classroom for emotionally disturbed children was a particularly provocative experience, he says. He decided that going into research would let him devote himself to learning about child development, but it would also let him teach.

“I watched my instructors create magic in a classroom, and I thought there would be little more that I could ask for in a career if I could accomplish the same thing,” he says.

Thompson went to the University of Michigan to study with Martin Hoffman, who was doing research on children’s empathy. A year into Thompson’s graduate study, Hoffman left. He was one of two advisors who left Michigan before Thompson completed his degree, a situation which can be disastrous for a graduate student.

“Everything got turned around for me at this point,” said Thompson.

He became a researcher with the Child Development Project, which was one of the nation’s first efforts to study and treat early childhood mental health problems. Referrals often came from social workers close to removing a child for failure to thrive, sometimes for a basic lack of nurturing care.

Around that time, Michael Lamb joined the Michigan faculty. Lamb was studying attachment theory, which at the time was only starting to become widely known. Attachment theory describes the significance of the security or insecurity in the relationship between a mother and her child as a formative developmental influence. This was exactly what the Child Development Project studied.

It was also around that time that the Bush Foundation launched a pre-doctoral program in child development and social policy. Through that program, Thompson worked with a Michigan law professor on how developmental science research can inform policy makers.

“At the same time I was developing my research career I had these incentives to figure out what all that means,” says Thompson.

His first faculty job proved to be ideal. He took an appointment at the University of Nebraska, which had one of the earliest and best law psychology programs in the country. He continued his affiliation with the law school his 22 years there. He also served an adjunct appointment at the Stanford School of Law during a sabbatical leave there.

Thompson’s appointment at UC Davis in psychology was his first appointment solely as a developmental scientist.

“That was one of the reasons why the establishment of the Center for Poverty Research was so welcome. It gave me, with my background and interests in public policy, that niche I had come to Davis expecting that I might not find.” 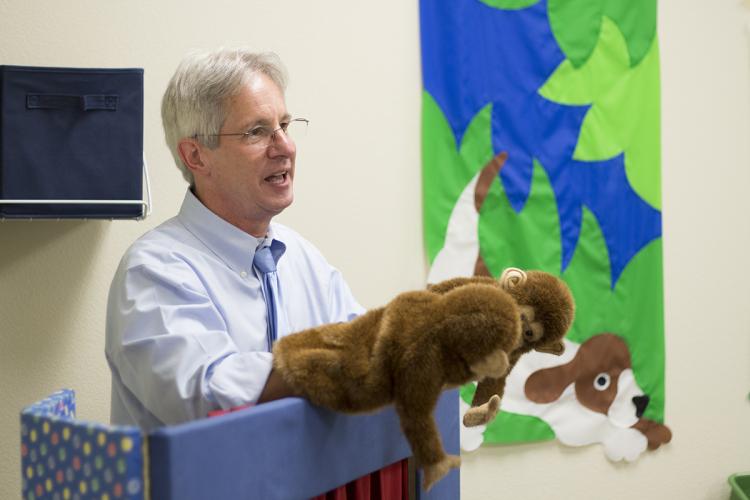 As a father of two sons, Thompson says that his research has helped him to appreciate their lives developmentally.

“I have always seen their lives as being open-ended, as always having opportunities to grow, as never being finished, as never being too late for change. And I approach my students the same way.”

In fall 2014, he is teaching a graduate seminar on developmental science and public policy. He also teaches Psychology 1 to a class of 500 undergraduates, a class with a high proportion of freshman who are excited about the new opportunities as college students, he says, but also a little frightened about being at a large university.

In lecture he finds ways to expand discussions from human memory into study skills, and from social psychology into relationships. When they talk about psychological disorders, Thompson talks about depression and anxiety, which he says are frequent among undergraduates. He talks about how students can look out for themselves and others, and what to do if the world begins to seem a little overwhelming.

“What I try to do,” says Thompson, “is infiltrate issues that are important to them. The research shows that if you get freshman students through their first term successfully, it’s much more likely they will get their degrees. That’s part of my job.”

In addition to his academic career, which includes more than 90 authored or co-authored papers in peer-reviewed journals, Thompson has invested significantly in getting developmental science into policy and practice.

Thompson is Vice President of the Board of Directors for Zero to Three, a national nonprofit that helps parents, professionals and policymakers nurture early life development. Thompson has shared research on child development on television, in print and at conferences everywhere from Portugal to Norway, and from the California legislature to the U.S. Congress.

For efforts like these he was awarded a UC Davis Distinguished Scholarly Public Service Award in 2011.

“I’m hoping in the time that I have left to contribute to this public discourse to try to move the needle a little bit in the direction of knowledge-based, evidence-based programs that are likely to make a difference for the children who are at the greatest risk,” says Thompson. “When we can do so, we begin lifting all boats.” 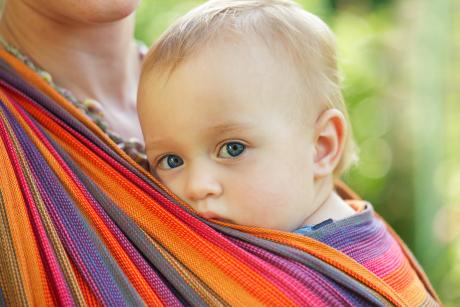