Smaller classes help students, many argue, especially those most “at risk.” Research shows that on average this is true. However, when “risk” is defined beyond ethnicity or socioeconomic status, the picture of who most benefits becomes less clear.

Key Findings
• Gains in test scores from smaller class sizes are largest for the highest-scoring students.
• Differences in test scores at nearly every percentile are larger for African American children than for white children.
• Policymakers should think carefully about the definition of “at risk” when evaluating the distributional effects of education policies.

As education policies go, class-size reduction has been among the most widely supported policies in the U.S. These policies have often been formulated under the auspices of improving educational opportunities for disadvantaged students.

During the 2006-07 school year, California dedicated over $1.7 billion to keep K-3 classes to no more than 20 students. At the federal level, the Clinton administration’s 1999 budget proposal included $12 billion to reduce class sizes.  The Tennessee STAR (Student-Teacher Achievement Ratio) experiment was commissioned by the Tennessee state legislature from 1985-89. It involved over 11,000 elementary school students. Most analyses of Project STAR conclude that smaller classes increase average test scores.

These studies do not focus on low-achieving students per se. Instead, they focus on subgroups that typically have low achievement, such as minorities and children from low-income families. One problem with this approach is that the impact of class-size reduction policies may vary more within subgroups than across subgroups.

To understand how education policies affect children at different achievement levels is critical to answering one of the center-stage questions in education policy: how can resources be optimally allocated so as to increase achievement for students at risk of failure without compromising the learning opportunities of more advantaged children?

Comparing achievement
Project STAR randomly assigned K-3 students at public schools to either a small class (13 to 17 students), a regular-size class (22 to 25 students), or a regular-size class with a full-time teacher’s aide. The schools were large and small, urban and rural, and from wealthy and poor districts. As a result, the schools included in Project STAR are thought to include most of the educational conditions that exist in the U.S.

This study focuses on children in kindergarten and first grade. The measure of achievement is the Stanford Achievement Test that includes math, reading and word identification. For their analysis, the researchers combined all subject scores into a single composite score. 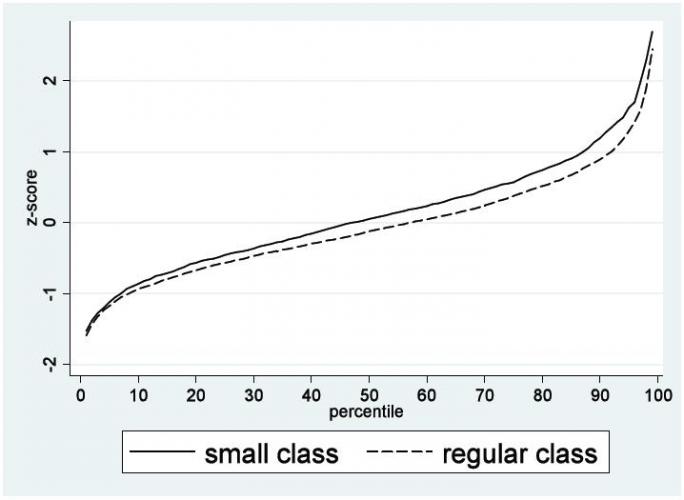 Real benefits in smaller classes
While students in smaller classes scored higher overall than those in regular-sized classes, the biggest differences was between students with the highest scores. Among kindergarteners, students at the 90th percentile in a small class scored about 1/3 of a standard deviation higher than 90th-percentile students in regular classes. The differences at the 10th percentile are less than ten percent of a standard deviation.

These findings seem to be at odds with earlier studies that found smaller classes most benefit disadvantaged children, specifically minorities and children from low-income families who typically score lower on standardized tests. By estimating the differences at all points in the test-score distribution, rather than comparing average differences in test scores between groups divided by ethnicity or socioeconomic status, the researchers found a more complicated picture.

Defining “at-risk” children
Why do high achievers benefit more from smaller classes? One hypothesis is that in small classes teachers are better able to identify high achievers and to use instructional approaches that work well for them. However, it is hard to imagine why this benefits high-achieving students more than low achievers.

One possibility is that high achievers are, on average, more motivated than low achievers, which allows them to take better advantage of targeted instruction. This possibility might be particularly salient if teachers in smaller classes spend less time dealing with disruptive behavior and have more time to devote to on-task learning opportunities.

This study’s conclusions call into question how we define vulnerable students. This may have implications for how we evaluate education policies such as school accountability, voucher programs, and curricular development. As we see in the case of Tennessee STAR, we might draw different conclusions about who benefits if we use a broader definition of   which students are “at risk.”

Meet the Researchers
Marianne Page is the Deputy Director of the Center for Poverty Research, and Professor of Economics at UC Davis. Her poverty-related research focuses on intergenerational mobility, and the impact of social programs on children’s outcomes.

Erika Jackson is Associate Director of Policy and Analysis for the UCD Department of Admissions. 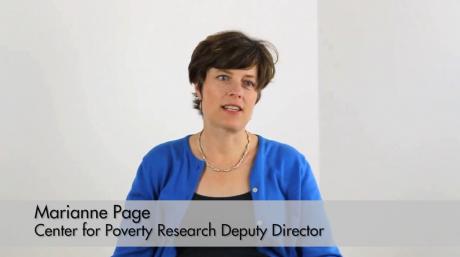 In this video, economist Marianne Page talks about how increasing academic achievement among children in poverty can help them to achieve their potential. 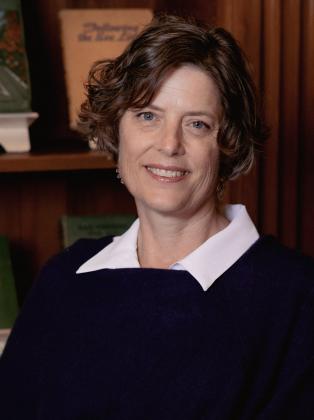