How is poverty status related to age? Official data for age groups

Poverty rates by age were: 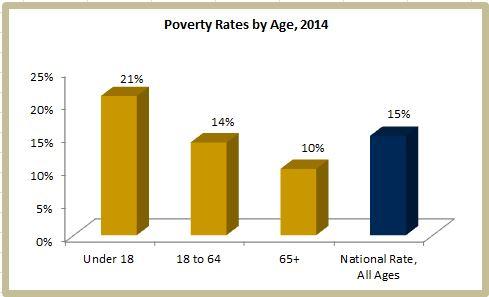 The Census Bureau also provides information on how the poverty rate by age has changed over time (PDF).

Another way to think about the relationship between poverty and age is to look at how the age distribution of people in poverty compares to that of the population as a whole. 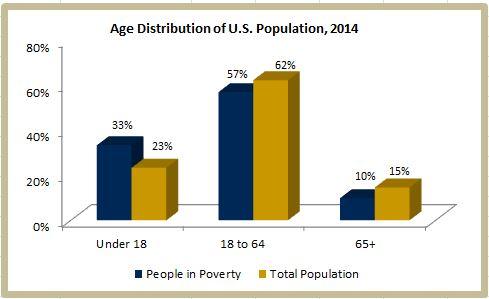 By that measure, in 2014 children comprise a greater share of the population in poverty than their share of the general population; while other age groups are underrepresented. 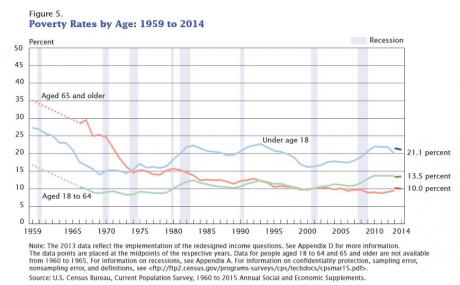 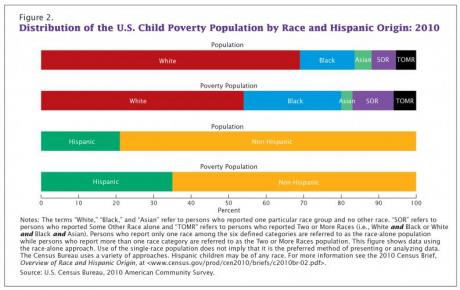 This report presents poverty estimates for children aged 0 to 17 based on data from the 2009 and the 2010 ACS.