DAVIS, Calif. — In his novel The Grapes of Wrath, John Steinbeck made famous the image of poor farming families fleeing a land that turned against them to seek better lives in California. Drought, regular economic shocks and persistent rural poverty nationwide are just a few reasons the rural poor that Steinbeck portrayed continue to struggle today.

As part of their stage production of The Grapes of Wrath on the 75th anniversary of the novel’s publication, the UC Davis Department of Theater and Dance hosted a symposium on March 7, 2014 to explore the novel as well as the larger social, cultural and historical issues it raises. The symposium featured UC Davis faculty from across the Humanities and Social Sciences, including three Center for Poverty Research Faculty Affiliates and the Center’s Deputy Director Marianne Page.

“When you talk about poverty, a stereotype that comes up is the stereotype of urban ghetto poverty,” said Page, a Professor of Economics at UC Davis. Page studies labor markets and transitions into and out of poverty.

Page said that the rural poor are four times as likely as the urban poor to live in persistently poor areas. Since people in rural areas are a lot more spread out geographically, they also face higher transportation costs, fewer food options and lower access to services that provide a chance to escape poverty.

“Rural poverty is higher than it is in urban areas,” said Page. “In rural areas poverty is actually increasing.”

She also said that events like the dustbowl—both the one from the 1930s and the current one across the American Southwest—are economic shocks just like other economic crisis in the last century.

“These crises are always going to be a part of the economic landscape,” said Page. “That’s why we need a strong economic safety net.”

Center Faculty Affiliate Lisa Pruitt, a Professor of Law at UC Davis, focused her presentation on a landmark Supreme Court decision that upheld the rights of poor people like the Joad family in The Grapes of Wrath to move from state to state. Edwards v. California in 1941 struck down state law that made it illegal to knowingly bring anyone into the state who could be deemed “indigent.”

“It was a rare decision supporting the rights of poor people because, of course, our constitution does not feature any socioeconomic rights,” said Pruitt.

Sasha Abramsky, a Center Faculty Affiliate and Lecturer with the UC Davis University Writing Program, recently wrote an article for The Nation about the current drought in the American southwest. For his article he met with farmers who rode sand-fighting tractors and used advanced irrigation techniques to get any crop yield at all.

“Everything is absolutely clogged with dust,” he said.

Abramsky said that the drought comes at the brink of a farming crisis that could have implications for the international food market. The U.S. has seen major declines in hay, alfalfa and cotton. The cattle herd size has shrunk by almost ten percent in the past few years. Farmers today have to compete with oil companies who use water for fracking. This past year’s forest fires were the worst in generations.

“All of these things are the 21st century implications of the Dust Bowl,” said Abramsky.

The symposium also included a presentation by Center Faculty Affiliate Phillip Martin, who spoke about how rural poverty in the 1930s compared to rural poverty today. Martin is a Professor with Agricultural & Resource Economics at UC Davis and Chair of the UC Comparative Immigration & Integration Program.

“The symposium was important to provide the broader community an understanding of how theatrical presentations engage with the contemporary questions of our daily lives,” said Jon Rossini, Chair and Associate Professor of Theatre & Dance at UC Davis.

The performance of The Grapes of Wrath at UC Davis is directed by Miles Anderson, the winter 2014 UC Davis Granada Artist-in-Residence. Trained at the Royal Academy of Dramatic Art, he recently completed his third season at the Old Globe Shakespeare Festival in San Diego where his roles have twice won the San Diego Theatre Critics Circle Craig Noel Award for Outstanding Lead Performance in a Play.

“The Grapes of Wrath was a natural fit for me,” said Anderson. “Besides, not only is Davis smack bang in a farming community but barely 150 miles south of here is Salinas where Steinbeck lived and worked.”

The show ran through March 16, with an audience talkback with scholars after the performance on March 13. 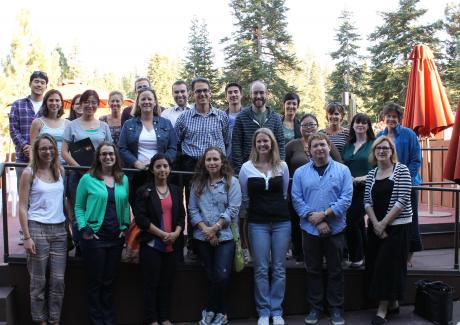 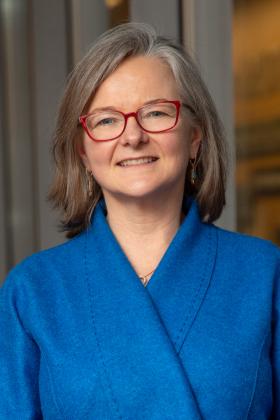 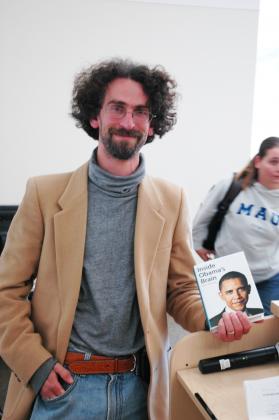