Eric Bettinger is an associate professor in the Stanford University School of Education. His research interests include economics of education; student success and completion in college; teacher characteristics and student success in college; effects of voucher programs on both academic and non-academic outcomes.  His most recent work focuses on the effects of FAFSA simplification on students’ collegiate outcomes.

Thomas Brock is the Commissioner of the National Center for Education Research with the U.S. Department of Education. Brock holds a B.A. in anthropology from Pitzer College, a master’s degree in public administration from Columbia University, and a Ph.D. in social welfare from the University of California, Los Angeles.

Jessica Howell is the executive director of policy research and the co-director of The College Board’s Advocacy & Policy Center, which strives to make critical connections between education policy, research, and practice. She holds a doctorate in economics and conducts research on access
and success throughout the education pipeline.

Michal Kurlaender is an Associate Professor of Education at UC Davis. She investigates students’ educational pathways, in particular K-12 and postsecondary alignment, and access to and success in postsecondary schooling. She has expertise on alternative pathways to college and college readiness at both community colleges and four-year colleges and universities.

Alexander Mayer  is a Research Associate at MDRC. He is the project director for Achieving the Dream, and his research at MDRC includes the Performance-Based Scholarship Demonstration, a long-term follow-up of the Opening Doors learning communities program at Kingsborough Community College, the New Mathways Project, and the Behavioral Interventions to Advance Self-Sufficiency project sponsored by the Administration for Families and Children of the U.S. Department of Health and Human Services.

Meredith Phillips is an Associate Professor of Public Policy and Sociology at UCLA.  Phillips studies the causes and consequences of educational inequality. Her research focuses in particular on the causes of ethnic and socioeconomic disparities in educational success and how to reduce those disparities.

Sarah Reber is an Associate Professor of Public Policy in the UCLA Luskin School of Public Affairs and a Faculty Research Fellow at the National Bureau of Economic Research. She received her Ph.D. in economics from Harvard University in 2003. From 2003 to 2005, she was a Robert Wood Johnson Foundation Scholar in Health Policy Research at UC Berkeley.

Bruce Sacerdote is Richard S. Braddock 1963 Professor in Economics and Chair Of Economics Department at Dartmouth College. He enjoys working with detailed data to enhance our understanding of why children and youth turn out the way they do. He is also involved in a series of studies to examine how students make choices about college going and how policy makers might influence that decision-making process.

Jonathan Smith is an Associate Policy Research Scientist at the College Board Advocacy & Policy Center. He holds a Ph.D. in economics and conducts research on student-college match.

Greg Walton is an Assistant Professor of Psychology at Stanford University. His research examines the nature of self and identity, often in the context of academic motivation and achievement. He is interested in social factors relevant to motivation, in stereotypes and group differences in school achievement, and in social-psychological interventions to raise achievement and narrow group differences.

Discussions from the Field: K-12 and Postsecondary Educational Leaders’ Perspectives on College Access and Success 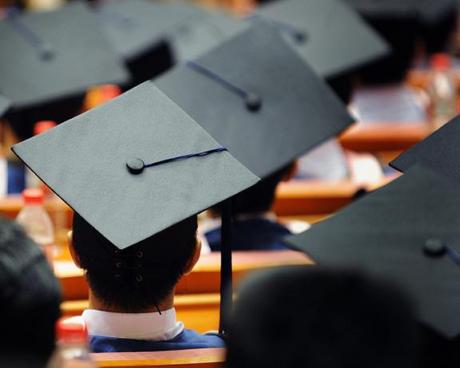 We have gathered policy briefs, podcasts, articles and research studies related to our conference on college for low-income students. Learn more here about the difference college makes.