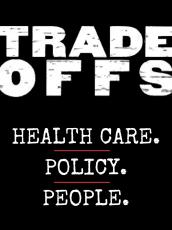 As debate continues over how to complete the Affordable Care Act’s Medicaid expansion, it’s important to remember the crucial role Medicaid plays in births in our country. Medicaid covers 4 in 10 births, and there’s a renewed push to expand Medicaid coverage for new moms. There’s also growing research showing that for kids, the benefits of Medicaid coverage persist well into adulthood, in the form of better health and higher earnings.

Do the long-run benefits of Medicaid coverage extend to the next generation? There is a biological literature that suggests that better health (particularly while in the womb and in first few years of life) may be transmitted to one’s children, and improvements in socioeconomic status as a result of childhood exposure to Medicaid may allow parents who benefited from early Medicaid to invest more in their children than they otherwise would, leading to better health.

A creative working paper first published in NBER in 2017 and recently updated by economists Chloe East, Sarah Miller, Marianne Page and Laura Wherry suggests that Medicaid may indeed have large intergenerational benefits. They specifically examined whether parents born between 1975-1988 who were newly eligible for Medicaid in their first years of life as a result of certain states expanding Medicaid eligibility, have healthier infants, as measured by premature birth and birth weight (which previous research have shown to be strong indicators of eventual health and economic outcomes). The researchers were able to answer this question thanks to some creative uses of detailed birth certificate data and the fact that states implemented this Medicaid expansion at different times.

East and colleagues found that children born to mothers who were newly eligible for Medicaid were 71 grams heavier (a 2% increase). The authors note that this is about half the difference in birth weight between mothers with and without a high school degree. They also found that these children were less likely to be born premature. The authors did the hard work to rule out a number of competing explanations, including confounding effects from other social and policy changes in the 1980s as well as the possibility that early exposure to Medicaid changes the likelihood of childbearing later in life.

The major takeaway number for me is that improving just two birth outcomes (weight and prematurity) in the next generation saved $287 in health care spending per newly eligible mother. That’s about 60% of what it initially cost to expand Medicaid to cover these mothers. This is a massive number! Combined with other estimates of the short and long-run benefits of Medicaid, these numbers should only strengthen emerging evidence that Medicaid is a program that basically pays for itself.