Research suggests that violence and low academic performance in public schools play a big role in a family’s decision to use state-funded vouchers to send their children to a private school. However, little research has considered the impact of nearby private and public school markets.

Key Findings:
• Participants in Florida’s tuition voucher program disproportionately come from low-performing public schools with more disruptive environments.
• Participants disproportionately come from areas with more convenient and diverse private school options.
• Families are less likely to use vouchers for private schools when they have nearby public options, like open enrollment and charter schools.

School voucher programs have become increasingly widespread in recent years. Classic voucher programs exist in cities such as in Milwaukee and Cleveland, while “neovoucher” programs—which provide students with scholarships funded by tax creditable contributions—serve students in states such as Florida and Pennsylvania.

The study finds that participants are more likely than eligible non-participants to come from public schools with worse overall academic performance, higher rates of violent and non-violent disciplinary incidents, and out-of-school suspensions, as well as more negative school climates according to both teacher and principal ratings.

Florida’s Voucher Program and School Markets
Starting with microdata from the Florida Department of Education on the nearly 35,000 students who applied to Florida’s tuition voucher program for the 2008-09 school year, this study focuses on eligible elementary school-aged students who attended public schools immediately before applying. Hart compares this subset of 2,764 new “participants” against 555,271 eligible elementary school-aged “non-participants.”

Hart uses a number of different sources to examine the public school climate, including administrative data, Florida School Indicator Reports data on disciplinary incidents and suspension rates, and 2004 and 2005 surveys of principals and teachers collected by researchers at the University of Florida, the Urban Institute and Princeton University.
To gauge market competition between private and public school options, Hart compares the density of private and public alternatives faced by participants’ and non-participants’ home schools. 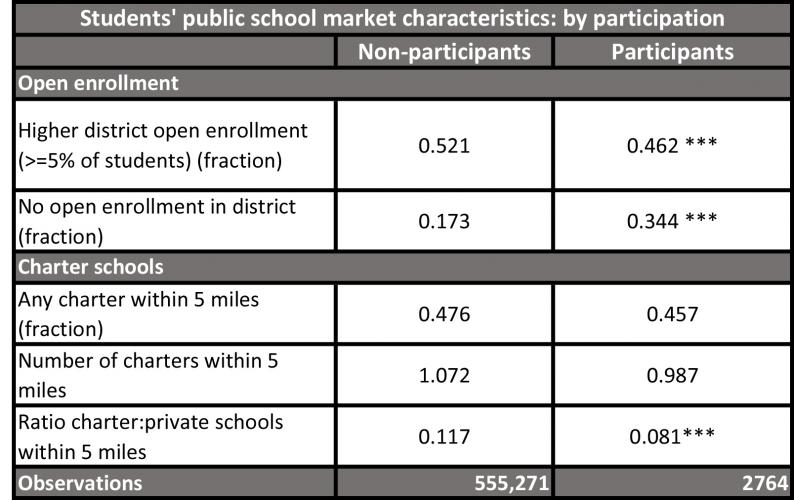 While participants were significantly less likely to come from public schools where principals rated new teachers in their school as “excellent,” in other ways public school teacher qualities are only loosely related to whether parents will use vouchers to enroll their children in private schools. The share of teachers with advanced degrees is slightly smaller in participant schools. Between participant and non-participant public schools, teachers differ only slightly on what most would consider important factors like time spent with low-performing students.

This study links fewer public options, such as open enrollment or charter schools, to the likelihood families will seek out private schools for their children. Open enrollment provides an opportunity for families to enroll their children in public schools outside of their assigned district school.

However, access to charters within five miles is not significantly related to voucher participation. Taken together, the results suggest that both private school and public school markets, as well as characteristics of students’ own public schools, are associated with participation in voucher programs.

Meet the Researcher
Cassandra M.D. Hart is Assistant Professor of Education Policy at the University of California, Davis. Her recent research focuses on the effects of school choice, including studies on the Florida Tax Credit Scholarship and the effects of means-tested school vouchers scholarships. 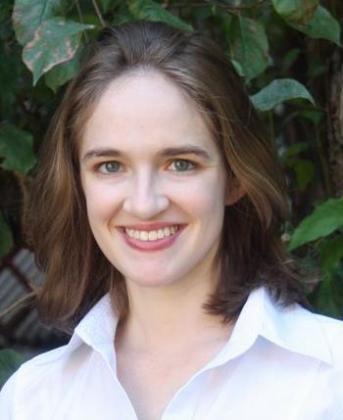 Cassandra Hart is associate professor of education policy. She evaluates the effects of school, state and national education programs, policies, and practices on overall student achievement, and on the equality of student outcomes.  Hart’s recent work has focused on school choice programs, school accountability policies, early childhood education policies, and effects on students of exposure to demographically similar teachers.  She is also interested in the effects of virtual schooling on student outcomes, both in K-12 and post-secondary settings.