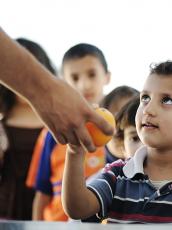 This special podcast report describes a new study by center director Ann Stevens and graduate student affiliate Chloe East that examines how many workers at or near the minimum wage still rely on safety net programs to help their families get by. Listen now.

During the ongoing debate over the minimum wage last year, a number of media outlets reported that low-wage workers were taking up public assistance because they didn’t earn enough on the job. MSNBC, the Los Angeles Times and the Huffington Post ran stories about Walmart workers who had to rely on food stamps to get by.

Ann Stevens, an economist at UC Davis and director of the Center for Poverty Research was intrigued by all this coverage of the minimum wage. She got curious about exactly what the numbers were. Stevens was conducting a study on the Earned Income Tax Credit with economics Ph.D. candidate Chloe East. They already had national data on how 172,000 low-wage workers used public assistance.

ANN STEVENS: The reports suggested things like huge fraction of McDonald’s workers also receive food stamps or other benefits, but it’s all kind of anecdotal. So I wanted to just take a really simple look, where if you go to representative data sets, see low-wage workers, workers near the minimum, just tabulate how many of them are receiving public assistance, and then if you look at workers earning slightly more, how many of them are using public assistance, just to get an idea of how serious an issue or problem this is.

ALEX RUSSELL: They took a simple approach. First, they identified a subset of adult workers in their sample whose hourly earnings were at or near the minimum wage. That included those who earned from $7.25 an hour up to $8.75.

Then they identified a second subset who earned a little bit more, from about $8.75 an hour up to $10.25. Between both groups they compared the proportions of workers who use public assistance programs like food and cash assistance, Medicaid and the Earned Income Tax Credit, or EITC.

So, what did they find?

ANN STEVENS: Raising the minimum wage is likely to reduce reliance on the safety net, but maybe not by as much as you might think.

Stevens says the reason so many even qualify for public assistance is that over the past 40 years, the lowest wages in the United States have either stagnated or declined.

ANN STEVENS: We can argue over the level of the minimum wage, but I think it’s very hard to dispute the fact that at the current minimum wage level, certainly with a single worker but even with two workers in the family, it’s very hard to get much above a poverty level income for your family.

ALEX RUSSELL: Most federal and state public assistance programs use the federal poverty guideline to determine eligibility. For example, income limits for the Supplemental Nutrition Assistance Program maxes out at 130 percent of the federal  poverty guideline. That means a family of four would have to earn less than $32,000 to qualify. Two parents working full time to support two children would still qualify for this program if they both earn less than $7.58 an hour.

The Congressional Budget Office recently reported that while to raise the minimum wage would reduce poverty, it would also reduce overall employment, though Stevens says that there isn’t an agreement about by just how much.

She points out that fewer people working would increase the number who use public assistance. Fewer hours and earnings would also reduce eligibility for important tax-based programs like the Earned Income Tax Credit. A study by the U.S. Census burea found that the the only public assistance program that raises more people out of poverty is in the U.S. is Social Security.

ANN STEVENS: The EITC essentially subsidizes the wage of low-wage workers. We find about 38 percent of our workers near the minimum are eligible for the Earned Income Tax Credit. If you go up a little higher, to $1.50 to $3 above the minimum, it’s still around 30 percent.

ALEX RUSSELL: Advocates of higher wages argue that wages low enough to qualify workers for public assistance is a kind of cost-shifting, that if companies pay a poverty-level wage, it creates a reliance on tax-funded programs to meet basic needs.

ANN STEVENS: From the perspective of people critical of government programs they’re saying, well they’re working but they’re still getting government assistance. But from the government’s perspective one way to reduce reliance on the safety net is for the private sector to offer higher returns. It’s hard to force firms to do that, but the minimum wage is one way where we say, you have to pay this minimum amount.

ALEX RUSSELL: Chloe East, the project’s co-author, said that there are benefits to paying higher wages beyond reducing reliance on public assistance.

CHLOE EAST: When wages become higher, employee turnover can go down as a result of higher job satisfaction. So it could actually increase productivity.

ALEX RUSSELL: So, how high would the minimum wage have to be to completely eliminate reliance on safety net programs?

ANN STEVENS: I don’t think we really know that. Raising the minimum wage three dollars is sort of at the outer limits of what anybody is considering. Even going up to the current minimum wage plus 3, you don’t eliminate reliance on the safety net. You still have plenty of families with that hourly wage rate who are maybe not below the poverty line but lots of them below two times the poverty line. At that rate you’re still going to be eligible for a lot of assistance programs.

ALEX RUSSELL: Right now, 28 states have minimum wages that are higher than federal law. In California, the minimum wage is set to increase to $10 an hour by 2016.

A number of cities, including Seattle, San Francisco and most recently Los Angeles have already moved to increase their minimum wage to $15 an hour in the coming years.

In April of this year, Walmart raised its own minimum wage to $10 an hour. Two months later it reported increased job applications and lower turnover.

Listen to this Podcast Report on the Minimum Wage 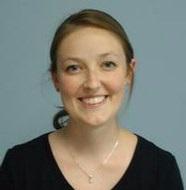 Chloe East is a third year graduate student in economics. Her interests include public and labor economics, and she is currently working on a research project about the consumption smoothing effects of Unemployment Insurance.