How is poverty status related to disability? Official data breakdown 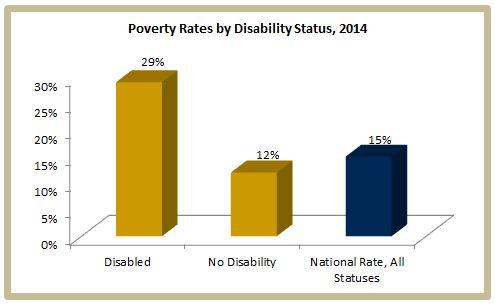 Another way to think about the relationship between poverty and disability is to look at how the distribution of people in poverty by disability status compares to that of the population as a whole. 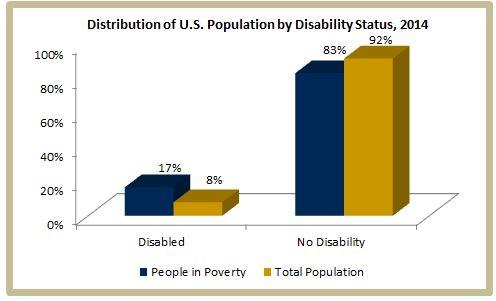 By that measure, in 2014 the disabled comprise a greater share of the population in poverty than their share of the general population; while those without a disability are underrepresented.

* These rates are for those ages 18-64 and they do not include members of the Armed Forces because disability status is not defined for them.