How does family structure relate to poverty? Official data breakdown

In 2014, the overall poverty rate was 15%.  Approximately 12% of all families in the United States were in poverty.  Poverty rates by type of family ranged from 6% to 31%.

The poverty rates by type of family were: 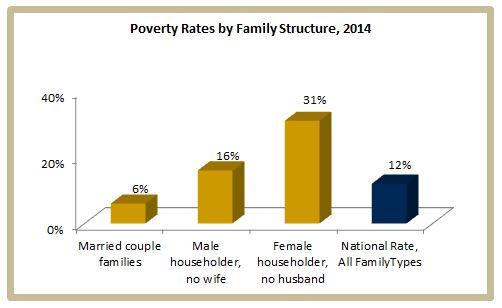 Another way to think about the relationship between poverty and family structure is to look at how the distribution of families in poverty by type compares to that of the population as a whole. 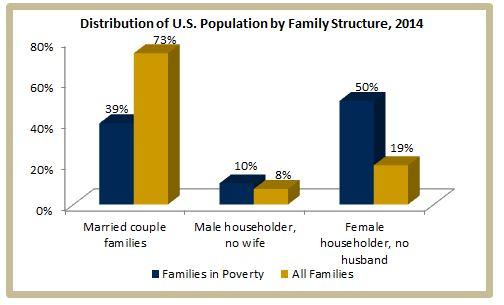 By that measure, in 2014 the single parent households (both male and female householder, no spouse present) comprised a greater share of families in poverty than their share of the general population and married couple families are underrepresented.