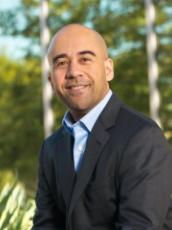 In 2017, the US department of agriculture estimated that approximately 1 in 7 U.S. households was “food insecure”: they either lacked the money to purchase enough food, or to purchase healthy food. Public policy advocates and politicians alike have branded the prevailing hourly federal minimum wage of $7.25 a “starvation wage,” yet the impact of raising the minimum wage on consumer nutrition is surprisingly underexplored. Using Nielsen Homescan Panel data and a proprietary dataset on UPC nutrition label information, we test whether increases in the minimum wage causally affect (1) calories purchased per day and (2) the nutritional content of those calories.

We find a strong impact of minimum wage increases on calories purchased (an elasticity of 0.40). Consistent with the notion that food insecurity is driven by budget constraints, minimum wage-earning households purchase 16.8% fewer calories per day during the last week of the month than the first (versus 6.7% for those earning just above the minimum). Moreover, we find that after a wage increase, these households primarily increase their calorie purchases later in the month, and make up a portion of their calorie deficit.

We find no effect of the minimum wage on the healthiness of calories purchased. Why is this so? Do households (a) choose to prioritize calorie quantity over calorie quality, a pattern suggestive of their inability to eat healthy, perhaps because past minimum wage increases were insufficiently large? Or do households (b) have a disinclination to change what they eat? We find more support for the latter explanation. Even households that experience large income jumps (e.g., due to a job change) do not improve the nutritional content of purchased food. Additionally, the raw data shows that the nutritional content of calories purchased remains static over the course of the month, not changing in response to household budget variation. This suggests that nutritional content is largely inelastic with respect to income.

In sum, minimum wage increases may help minimum wage earners afford much-needed calories. However, wage increases are not a panacea for food insecurity; increases do not objectively improve the nutritional content of households’ food choices in the grocery store. Policy-makers aiming to nudge consumers to eat healthier may need to leverage alternative policy instruments shown to be effective at doing so, such as calorie-focused sin taxes or school breakfast programs.

Assistant Professor Mike Palazzolo’s research examines how consumers make intertemporal trade-offs. He has two streams of research stemming from this over-arching interest. The first explores consumer search behavior and the trade-off between short-term effort and long-term outcomes. The second explores consumer financial decision making and the trade-off between short-term expenditure and long-term savings.