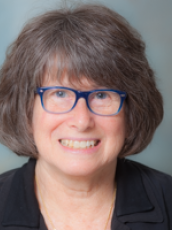 Professor Gail S. Goodman is Distinguished Professor of Psychology and Director of the Center for Public Policy Research at the University of California, Davis. She is widely credited with starting the modern scientific study of children’s eyewitness memory and child victims as witnesses in legal contexts. Professor Goodman publishes widely, has received numerous grants, and has been honored with many national and international awards. She has consulted with numerous governments and agencies throughout the world on policies and research concerning child victims in the legal system. She serves as a consultant for the Special Assault Forensic Evaluation Center (formerly Multidisciplinary Interview Center) of the Sacramento County Child Protective Services.

Gail Goodman received her degree in Developmental Psychology from UCLA in 1977. Her areas of research expertise include welfare recipients, foster care, and the intergenerational transmission of attachment insecurity.