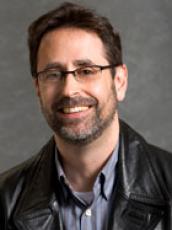 Jeffrey Selbin was appointed clinical professor of law in 2006 and faculty director of the East Bay Community Law Center (EBCLC), Berkeley Law’s community-based clinic. He founded EBCLC’s HIV/AIDS Law Project in 1990 as a Skadden Fellow, and served as EBCLC’s Executive Director from 2002 through 2006. During the 2010-11 academic year, Selbin was a visiting clinical professor at Yale Law School. He currently directs EBCLC’s Policy Advocacy Clinic.

Selbin is active in local and national clinical legal education and anti-poverty efforts. In recent years, he chaired the Poverty Law Section of the Association of American Law Schools (AALS) and co-chaired the Lawyering in the Public Interest (Bellow Scholar) Committee of the AALS Section on Clinical Legal Education. He served two terms as an elected member of the board of directors of the Clinical Legal Education Association. From 2004-2006, Selbin served on the California State Bar Committee on the Delivery of Legal Services, dedicated to improving and increasing access to justice for low-income Californians.

Selbin’s research interests include clinical education and community lawyering, with an emphasis on evidence-based approaches. Recent publications include The Clinic Lab Office in the Wisconsin Law Review (2013 with Jeanne Charn); Service Delivery, Resource Allocation and Access to Justice in the Yale Law Journal Online (2012 with Jeanne Charn, Anthony Alfieri and Stephen Wizner); Access to Evidence in The Center for American Progress (2011 with Josh Rosenthal and Jeanne Charn); The Clinic Effect in the Clinical Law Review (2009 with Rebecca Sandefur); and From “The Art of War” to “Being Peace”: Mindfulness and Community Lawyering in a Neoliberal Age in the California Law Review (2007 with Angela Harris and Margaretta Lin).

In 2003, Selbin was recognized with Mary Louise Frampton as a Bellow Scholar by the AALS Section on Clinical Legal Education for his anti-poverty and access-to-justice efforts. In 2004, he was named a Wasserstein Fellow, honoring outstanding public interest lawyers, by Harvard Law School.