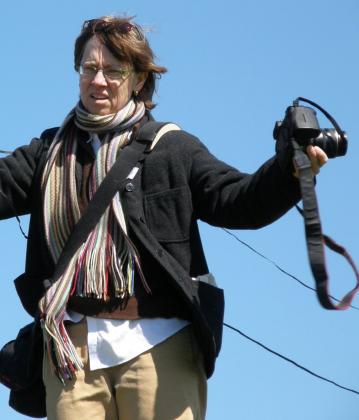 Deb Niemeier received her degree in Civil and Environmental Engineering from the University of Washington in 1994. Her research focuses on the impact of low income families’ access to transport on jobs, healthcare, and schools.

She has served as Dept. Chair and she recently served for four years as the
Director of the John Muir Institute and Associate Vice Chancellor in the Office of Research at UC Davis. She is currently the Editor-in-Chief of Transportation Research, Part A and is a member of the MARs Corp.
Scientific Advisory Council (Sustainability). She is also the Director of the UC Davis-Caltrans Air Quality Project, a continuing state and federally funded research program, which began in 1999, aimed at improving vehicle emissions modeling and developing regulatory responses for state and local agencies. She has received a number of awards including the Aldo Leopold Leadership Award (2005), the Chancellor’s Fellow Award (2001-2004), an NSF CAREER award (1997), and UC Davis Outstanding Faculty Mentor (1997) and Faculty Advisor (1995) Awards.

Niemeier’s other activities include teaching and outreach. She is particularly interested in developing leadership opportunities for women in engineering. She was the principal investigator (PI) for the 1st Women in Engineering Leadership Conference sponsored by the National Science Foundation (NSF) and was PI on an NSF Leadership Grant examining the demographics and administrative aspects associated with department chairs of major research universities. Niemeier is a member of the American Association for the Advancement of Science, currently serving an elected four-year member-at-large term on the AAAS engineering section nominating committee, as well as a member of the Transportation Research Board and NECTAR, the network on European Communications and Transport Activities Research. She is a trained mediator, has served on several National Research Council committees, and is a member of the graduate faculty in the department of Computer Science as well as a member of a number of interdisciplinary graduate groups: Transportation, Technology, and Policy; Ecology, and Geography.