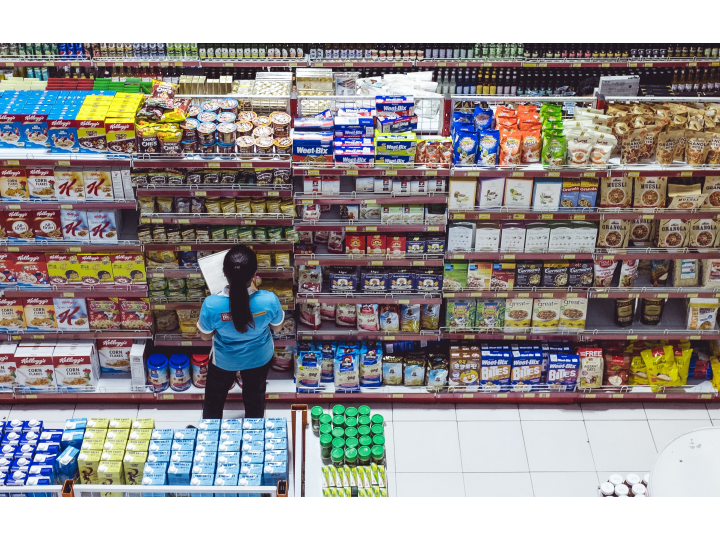 Unstable work schedules include work hours that are variable, meaning the number of hours worked week to week fluctuates, and unpredictable, meaning workers receive little notice of when they will work. Such schedules are common in the United States and lead to earnings volatility, unpredictable incomes, and challenges in work-family management. For low-income workers, these problems may be magnified as almost 43 percent of workers making under $15,000 experience high work-hour instability and 57 percent report high schedule unpredictability.

While measures differ, many workers in the U.S. face variable work hours.

Work-hour variability differs over time and by industry, sector, employment status, and education.

The probability of reporting work-hour variability from 2004 to 2007 was 36 percent. During and after the Great Recession (2008-2012), the probability of reporting work-hour variability was 46 percent.[4] In 2014, the majority of workers in agriculture, food service, retail, and construction reported hours that varied across weeks.[1] Part-time workers report their work hours vary at a rate 2.5 times higher than that reported by full-time workers.[1] Varying hours are more common for workers in the private sector, workers with short job tenure, and workers without a high school degree.[4]

Unpredictable work schedules are also common, especially for hourly workers, part-time workers, and workers in the retail and service sectors.

In 2013, 31 percent of American workers experienced income irregularity, with 42 percent of them attributing the irregularity to unstable work schedules.[7] Relatedly, high earnings volatility is more prevalent among those who commonly experience varying work hours.[4] Earnings in the service sector are especially volatile due to high prevalence of unstable work schedules. For example, a typical service worker at one of the largest retail and fast-food companies in 2016 had average weekly earnings fluctuations of $137, or close to 50 percent of their weekly earnings.[6]

Workers on the edge of poverty are often subject to variable and unpredictable work hours and are the least equipped to absorb the financial impact of irregular earnings.[8]

Workers with varying hours earn less than those with stable schedules and have higher rates of poverty.[9] Almost 43 percent of workers who make under $15,000 per year experience high work-hour instability (see Figure 1).[2] Meanwhile, workers making under $15,000 also experience more schedule unpredictability than workers in higher income brackets, with 57 percent receiving one week or less of schedule notice.[2] Such variable hours increase the difficulty of paying bills[5], budgeting, saving, and supplementing income by working a second job, further trapping low-wage workers in a cycle of poverty.[8] 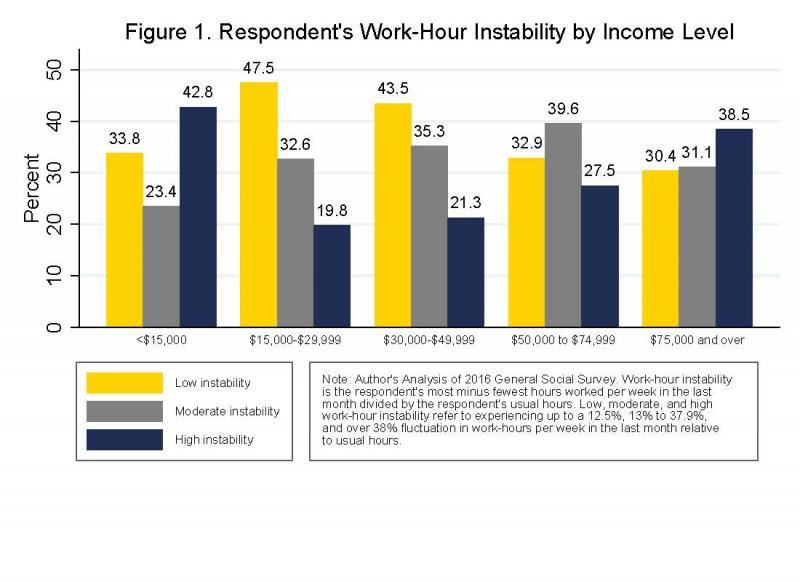