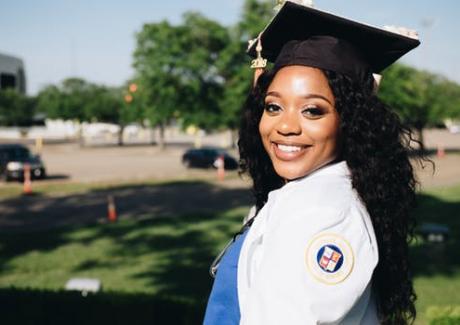 Undocumented families live in poverty at higher rates than the U.S.-born.

The Pew Hispanic Center estimates that one third of children in families with undocumented parents lived in poverty.[2] Also, in 2015, 24.5 percent of the undocumented population lived below the poverty threshold and over half lacked health insurance coverage.[3]

A large number of undocumented immigrants is of college-going ages.

According to estimates from the Center for Migration Studies, there are over 1.2 million undocumented immigrants between the ages of 18 and 24.[3]

Most undocumented students are not eligible for in-state tuition in any state, and thus may face higher costs for their education.

Non-resident tuition is substantially higher at most public universities. In California, home to approximately 2.35 million undocumented immigrants in 2015,[5] non-resident tuition at the University of California, Berkeley is more than three times the cost of in-state tuition ($41,942 vs. $13,938). While community college is generally much less expensive that public or private universities, out-of-state tuition is still substantially higher than tuition for in-state residents.

Due to financial and other barriers to accessing education and paying for college, undocumented students have lower rates of college attendance and completion.  As shown in the figure, in 2015, only 29.2 percent of undocumented immigrants ages 18 and older had at least some college education, compared to almost 60 percent of the entire U.S. population. Less than 14.7 percent had a bachelor’s degree or higher, compared to over 28 percent for the all adults in the U.S.[6] 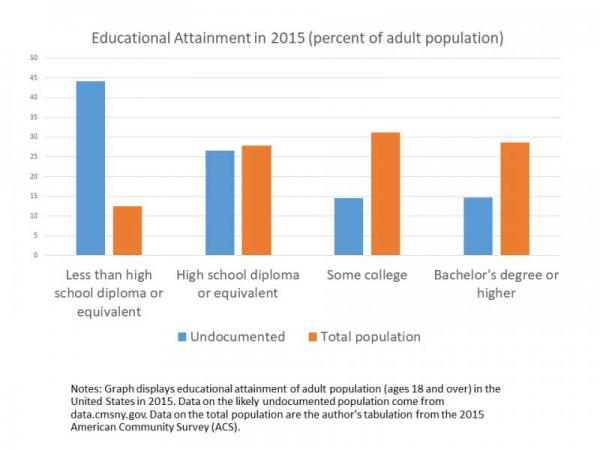 Annie Laurie Hines is a PhD student in Economics and Graduate Student Affiliate at the Center for Poverty Research at UC Davis.