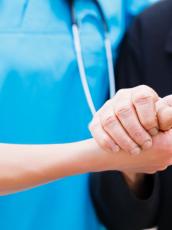 Medicaid is the nation’s public health insurance program for people with low incomes. Overall, the Medicaid program covers one in five Americans, including many with complex and costly needs for care. Historically, nonelderly adults without disabilities accounted for a small share of Medicaid enrollees; however, the Affordable Care Act (ACA) expanded coverage to nonelderly adults with income up to 138% FPL, or $16,642 per year for an individual in 2017. As of December 2017, 32 states have implemented the ACA Medicaid expansion.By design, the expansion extended coverage to the working poor (both parents and childless adults), most of whom do not otherwise have access to affordable coverage. While many have gained coverage under the expansion, the majority of Medicaid enrollees are still the “traditional” populations of children, people with disabilities, and the elderly.