UC Davis Economist Contributes to a Consensus on Federal Nutrition Program for Women and Children December 3, 2015 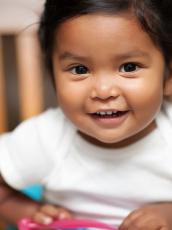 A UC Davis economist and Center for Poverty Research Faculty Affiliate is taking part in an evaluation of the Special Supplemental Nutrition Program for Women, Infants, and Children (WIC).

The project is being conducted by a committee organized by the National Academies of Sciences, Engineering, and Medicine at the request of the U.S. Department of Agriculture, Food and Nutrition Service. Its goal is to see if the redesigned WIC food packages meet the goals of the program, which are to protect the health of women, infants, and young children who are at risk of poor nutrition.

“It’s an exciting project, especially since we have not changed the food packages since 1992 before the change in 2009,” said Bitler, a professor of economics who joined UC Davis in fall, 2015. “If we recommend changes to this new package, the hope is that the program will be better able to meet the needs of those who use it.”

The committee undertaking the evaluation includes nutritionists, physicians, WIC professionals and other researchers who come to consensus recommendations. Bitler’s role is to provide expertise on economic issues related to the program. She did a study on WIC participation in the past and has thought about the issues of cost. Bitler has expertise in public, labor and health economics as well as applied microeconomics. She joined UC Davis from the faculty at UC Irvine.

The WIC program is administered by the U.S. Department of Agriculture (USDA). Congress has mandated that the USDA reevaluate the program’s food packages every ten years to make sure they still align with federal dietary guidelines. The Academies have just released the second of three reports on the project.

This second report describes how the committee collected information to proceed with their evaluation. The efforts included a comprehensive literature review, comments from the public, analysis of national food intake data, and information from visits to WIC clinics and shopping trips using WIC vouchers. The final report with recommendations will be complete in 2016.

Kathleen Rasmussen, the committee chair for this review of WIC, wrote in this interim report, “…this federally supported nutrition assistance program is integral to meeting national nutrition policy goals for a significant portion of the U.S. population.”

Since WIC was launched in 1974, the number of those who rely on the program has grown to 8.3 million. The program’s cost in 2014 was $6.3 billion. To be eligible for the program, WIC participants must live in households with incomes below 185 percent of the Federal Poverty Level (FPL) or participate in another safety net program such as Medicaid, TANF or SNAP. They must also be certified to be at nutritional risk, but virtually all financially eligible persons satisfy this requirement.

Participants use WIC vouchers to purchase specific items from participating supermarkets. WIC maintains a list of approved foods, which include juice, fortified cereal, eggs, cheese, milk, legumes, canned fish and fruits and vegetables. Post-partum women also have access to formula for their infants as well as breastfeeding assistance services.

“Whatever we suggest as an alternative to the current packages has to be cost neutral,” said Bitler.

Read the full report at the National Academies website.