See richest, poorest U.S. cities and counties based on new Census data New figures from the American Community Survey reveal a stark contrast in rates of poverty across America in this Michigan news article. 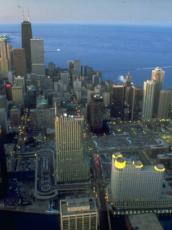 California has 11 of the 20 most-affluent cities in the nation, while Florida and Ohio each have four cities on the list of the 20 poorest cities, based on an analysis of 2016 median household income.

The data comes from the U.S. Census Bureau’s 2016 American Community Survey, the results of which were released this month. The release included numbers for the 599 U.S. municipalities and 806 counties with at least 65,000 residents.