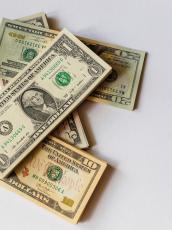 Historically, Hispanic families have used means-tested assistance less than high-poverty peers, with anti-immigrant politics and policies potentially acting as a barrier. In a recent study, we documented the participation of Hispanic children in three anti-poverty programs: Supplemental Nutrition Assistance Program (SNAP), Medicaid, and Special Supplemental Nutrition Program for Women, Infants, and Children (WIC). We compared across age and parental citizenship, and also explored the correlation of participation with state immigrant-based restrictions.

We found that Hispanic-citizen children with citizen parents participated in SNAP and Medicaid more than Hispanic-citizen children with noncitizen parents. Also, foreign-born Hispanic mothers used Medicaid less than their socioeconomic status would suggest. However, we found no evidence that child participation in WIC varied by mother’s nativity. State policies that restrict immigrant program use correlate to lower SNAP and Medicaid uptake among citizen children of foreign-born Hispanic mothers. WIC participation may be greater because it is delivered through nonprofit clinics, and WIC eligibility for immigrants is largely unrestricted.

Roughly one in three children who live in poverty in the United States is Hispanic, with one in ten residing in deep poverty.[2] However, Hispanic families make less use of means-tested social safety net programs than high-poverty peers. Why? Some research suggests that federal and state legislators, along with administrators, create administrative burdens in the form of punitive rules and complex processes to access and maintain benefits.[3] There is also evidence that, because many low-income Hispanic children reside in racially diverse states, Hispanic families may be affected by strategies intended to exclude African Americans.[4] This effect of decentralized authority over the implementation of social benefits may have spilled over to Hispanic families under the agenda of immigrant exclusion.[5]

Examining Benefit Use Among Hispanic Families

We began by looking at pre-COVID use of SNAP, Medicaid, and WIC among all children, separating Hispanic children and children of other race/ethnic groups. To do so, we used Current Population Survey (CPS) from 2019 for Medicaid and SNAP, and from 2016 to 2018 for WIC. We focused on children in the CPS who were born in the U.S. We then split the sample by whether a parent was born outside the U.S. or whether the child’s mother reported being a citizen.

To further examine participation in WIC and Medicaid among infants, we relied on U.S. birth-certificate data from the CDC’s Natalit Files, which cover 99 percent of U.S. births. We used these data to present patterns of WIC and Medicaid use, presenting contrasts among five subgroups: foreign-born Hispanic, U.S.-born Hispanic, U.S.-born white, U.S.-born Black, and foreign-born non-Hispanic. Program use was further considered by level of education (where available) and state of residence.

Policy restrictions for immigrants were drawn from the State Immigration Policy Resource. We concentrated on policies about public benefits, and grouped states into three categories: low, medium, and high restrictions on use of policies by immigrants. We compared participation rates among Hispanic children for these three groups of states, contrasting participation for those with parents born in the United States or mothers born in the United States with others.

For Hispanic Children, Program Use Varied by Nativity and Citizenship Status 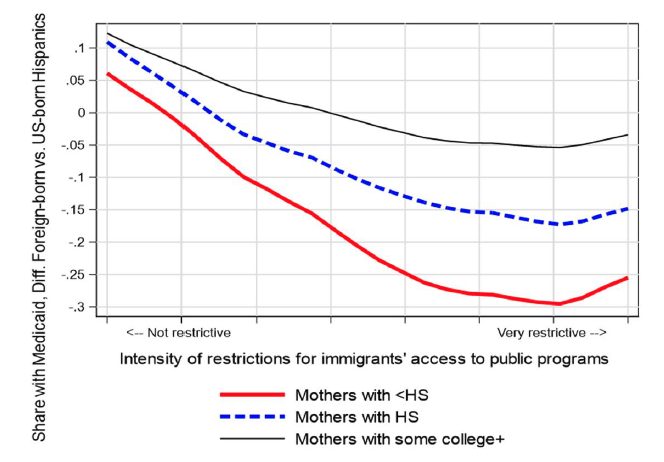 Figure 1: Difference in Medicaid Participation between Foreign- and U.S.-Born Hispanic Mothers by State-Level Restrictiveness of Access to Public Programs (2011–2018), by Maternal Education Level

State-level policy restrictions informed SNAP and Medicaid, but not WIC, use. Participation levels tended to be higher in the states having less restrictive policies toward immigrants, with larger differences among children with a parent born outside the U.S. Additionally, participation levels were consistently higher for Hispanic children with two U.S.-born parents. For WIC, by contrast, participation did not substantially vary by state restrictiveness. WIC use was higher for children with a foreign-born parent residing in states with low or medium restriction levels, and only slightly higher among this group in the high-restriction states.

Relative to citizen Hispanic children with U.S.-born parents and to non-Hispanic children, citizen Hispanic children with parents or mothers born outside the U.S. were less likely to participate in Medicaid or SNAP. Indeed, they participated at lower levels than might have been predicted by their socioeconomic status. Yet as U.S. citizens, these children were fully eligible for these programs. Our results likely reflect the chilling effect of anti-immigrant policy on benefit use. They suggest that recent U.S. restrictions aimed at immigrants, along with heated debate around such policies, have discouraged benefit use among citizen children as well.

In short, many U.S.-born, citizen Hispanic children are seemingly not accessing Medicaid when they are likely eligible. Their differential participation based on the immigrant status of their parents raises important equity concerns as to how America treats its youth, and how to cultivate access to all children who are born in the U.S. State-level choices regarding benefit eligibility reflect the deep partisan divide on immigrants and immigration and whether access to benefits should be defined relative to country of birth, citizenship status, or both. As long as the U.S. safety net continues to reflect divisions about immigration, many Hispanic children—regardless of country of birth—may miss out on the anti-poverty benefits that these programs are intended to deliver.

This work focuses primarily on participation among immigrants, but it ties in with an increasingly large literature on ‘administrative burden’, which highlights how interactions with bureaucrats, complicated applications, and complex rules can discourage people from applying for government benefits despite being eligible to do so. In the context of WIC, recent work has shown that the program also imposes some burdens on benefit use by complicating recipients’ interactions with stores.[7,8] SNAP and Medicaid are also documented to impose such burdens on use for families with children.[9] Our work points to the importance of continuing to interrogate administrative burdens that fall on citizen children and families, and of building best practices from examples (such as WIC) in which burdens appear lower.

Marianne Bitler is a professor of economics at UC Davis.

Lisa A. Gennetian is a professor of public policy at Duke University.

Christina Gibson-Davis is a professor of public policy and sociology at Duke University.

Marcos A. Rangel is a professor of public policy and economics at Duke University.

[2] Guzman L, Thomson D, Ryberg R. 2021. Understanding the Influence of Latino Diversity over Child Poverty in the United States. ANNALS of the American Academy of Political and Social Science 696(1): 246-271.

[5] Barnes CY, and Gennetian LA. 2021. Experiences of Hispanic Families and Social Services in the Racially Segregated Southeast: Views from Administrators and Workers in North Carolina. Race and Social Problems 13:6–21.