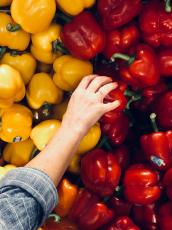 Blame for widespread food insecurity across the U.S. is frequently directed at the prevailing minimum wage. In a recent study, we examined whether and to what extent increases to the minimum wage improved the quantity and nutritional quality of food purchased by minimum-wage earners.

Food insecurity, which in 2018 affected an estimated one in seven U.S. households with children, has been linked to a wide variety of negative health and developmental outcomes.[1,2] These include obesity, asthma, depression, and lower cognitive function. The vast majority of households suffering from food insecurity report worrying that their food will run out before they obtain money to purchase more, as well as being unable to afford to eat balanced meals. In light of this, public policy advocates and politicians alike have highlighted the link between food insecurity and wages, branding the prevailing hourly federal minimum wage of $7.25 a “starvation wage”.[3]

In our study, we set out to document whether and to what extent increases to the minimum wage enabled minimum wage-earning households to purchase more and/or healthier food, and how their shopping baskets were affected as a result.[4]

Examining the Impact of Minimum-Wage Increases on Grocery Shopping

We combined ten years of data from the Nielsen Homescan panel data set with a proprietary data set on the content of nutrition labels. We examined within-household changes in (1) calories purchased and (2) the nutritional content of those calories, as measured by the Healthy Eating Index (HEI) and the and the Nutrient Profiling Model (NPM).[5] We then compared the purchase behavior of households earning up to the minimum wage with that of households earning just above the minimum wage, adopting a difference-in-differences-based identification strategy to measure the causal effect of rising minimum wages.

Higher Minimum Wage Led to Purchase of More and, in Some Cases, Healthier Calories 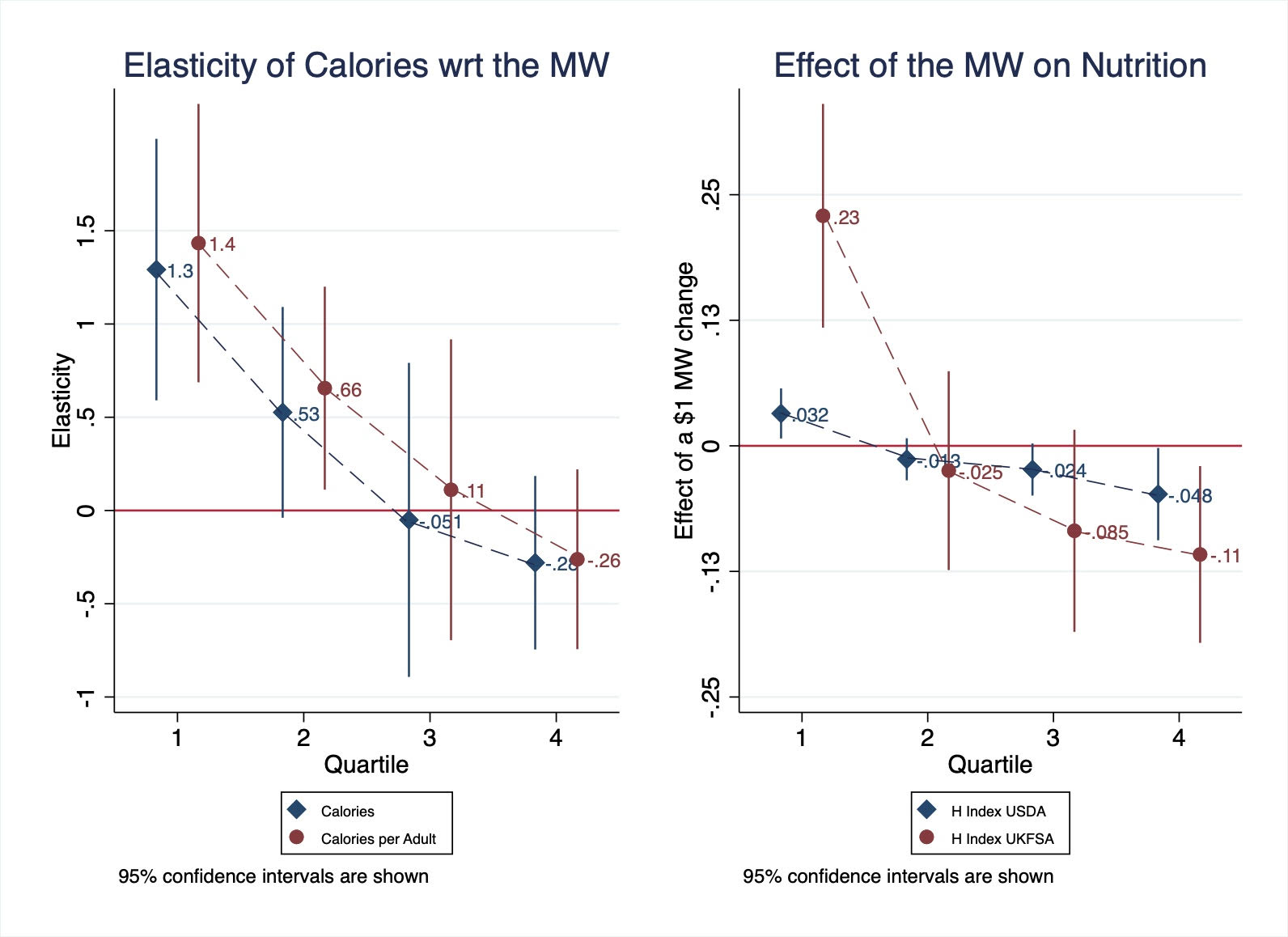 Minimum-wage households that purchased more calories did not merely buy more of previously purchased food. Rather, one out of every three additional products they bought in response to the minimum wage rising was a product they were purchasing for the first time. Furthermore, minimum wage households that did not purchase more calories bought more new products in response to the minimum wage rising, but did so at the expense of products they had previously purchased. This kept the total volume of food they purchased constant. Moreover, we found that the households that improved the healthiness of their shopping baskets did so without drastically changing the categories from which they sourced their food.

Households tended to purchase more calories when their capacity to buy food increased. Growth in calorie purchases following minimum-wages increases was driven entirely by households that previously purchased the least amount of food—that is, households that were more likely to be food insecure.

From a policy perspective, our findings—that increases to the minimum wage enable households to purchase more food, and in the case of at least some households, more healthy food—suggest that raising the minimum wage may help alleviate food insecurity and nutritional inequality in the United States.

Mike Palazzolo is an assistant professor of marketing at the University of California, Davis.

Adithya Pattabhiramaiah is an assistant professor of marketing at the Georgia Institute of Technology.

Mike Palazzolo received his degree in Marketing from the University of Michigan’s Ross School of Business in 2016. His research examines various intertemporal trade-offs, ranging from consumer search to financial decision making.