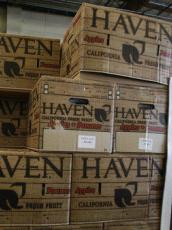 Los Angeles has the highest poverty rate among California counties, according to a new analysis announced Monday that upends traditional views of rural and urban hardship by adding factors such as the soaring price of city housing.

The measurement, developed by researchers with the Public Policy Institute of California and the Stanford Center on Poverty and Inequality, found that 2.6 million, or 27%, of Los Angeles County residents lived in poverty in 2011. The official poverty rate for the county, based on the U.S. Census’ 2011 American Community Survey, is 18%.

The new analysis set California’s poverty rate at 22%, the highest in the nation, compared with the official rate of 16%. Counties such as Placer and Sacramento, with more moderate housing costs, have lower poverty rates than those of metropolitan areas, researchers said.