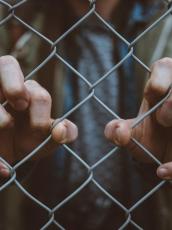 Conditions of confinement in immigrant detention facilities make them a ticking time bomb for COVID-19 infections. The health risks are dire and urgent, but federal and state governments can still take legal action to prevent infections, flatten the curve, and save lives.

Despite early warnings from advocacy groups, there are now hundreds of confirmed cases of COVID-19 in immigrant detention facilities across the country, where the virus has attacked adults, children, and staff alike. As of April 2020, ICE had begun identifying detained people who could be “vulnerable” to the coronavirus, and had released a subset of individuals. However, sporadic releases are not sufficient to stop a massive public health crisis waiting to happen.

The conditions of confinement in immigrant detention facilities, like other carceral settings, create a perfect storm for the spread of COVID-19 infections. Thousands of staff enter facilities each day, across multiple shifts. Government investigations and other investigations reveal extreme overcrowding, unsanitary conditions, inadequate ventilation, lack of access to clean drinking water, and nutritionally inadequate food. All of these factors can lead to the spread of disease and contribute to poor health.

Perhaps most alarming, detention facilities are notorious for substandard and even “grossly negligent” medical care. Violations often go unaddressed, even when raised by federal inspectors.

Although detained immigrants are awaiting civil proceedings, and many detained people are trauma-exposed asylum seekers, the reality is that immigrant detention has the impact and effect of a prison sentence. Immigrant detention facilities are subcontracted to local governments (e.g. sheriff’s departments or local police), or, most commonly, to private, for-profit corporations.[i] This operational fragmentation creates obstacles for accountability and oversight, particularly when a private operator is involved. Although ICE subcontracts require adherence to federal detention standards, ICE has yet to terminate a contract for violations of these standards, and does not impose fines or other punitive measures for non-compliance.

Lessons from Prior Outbreaks and Carceral Settings

Epidemiologic investigations by the Centers for Disease Control (CDC) have documented outbreaks of infectious diseases in detention facilities.[ii]However, immigrant-sending countries often have higher vaccination rates for many communicable diseases than the US, underscoring overcrowding and other detention conditions as contributors to the spread of disease.

COVID-19 has already wreaked havoc in other carceral settings: on April 3, 2020, there were 259 incarcerated people with confirmed COVID-19 cases in the New York City Jail system alone, along with 315 staff members—up from 39 inmates and 17 staff members on March 21. We can expect a similar trajectory in the US immigration detention system.

In the past, prison personnel have turned to punitive measures like solitary confinement or facility lockdowns to manage health issues. Such measures are run contrary to CDC guidelines recommending designated areas for people with symptoms, supervised by appropriate nursing or medical staff. The threat of solitary confinement can also disincentivize people with symptoms from seeking care, lead to long-term psychological sequelae, and ultimately worsen health among incarcerated populations.[iii]

Short- and Long-term Federal and State Actions can Save Lives

The situation in immigrant detention facilities is dire, but federal and state governments can still do their part to prevent infections, flatten the curve, and save lives.[iv]

Immigration laws are federal, and states do not have jurisdiction to release individuals in federal custody. However, because Congress has largely left the operations and oversight of immigrant detention facilities to local or state governments and private contractors, states are within their right to oversee facility conditions and ensure contractors adhere to state laws.

States can take effective action in the following ways:

Immigration detention is part of larger patterns of disadvantage facing immigrants and their families. Over 5.7 million US Citizen children have at least one undocumented parent[v] and quarter of Latinos/as know someone who has been detained or deported in the past year. Immigrant families are disproportionately filling essential roles during the COVID-19 crisis. We must consider the public health needs of immigrant communities[vi] and take immediate actions to release detained people and save lives.

The COVID-19 pandemic exposes a federal detention system that fails to properly ensure the health and wellbeing of detained people. The most practical and immediate solution is state intervention. In the longer-term, we must work to do away with a broken system and prioritize the humane treatment of immigrants.

[i] Patler C, Golash‐Boza TM. The Fiscal and Human Costs of Immigrant Detention and Deportation in the United States. Sociology Compass. 2017;11(11): 1-9.

[iv] For recommendations by advocacy groups and practitioners, see: https://www.sfchronicle.com/opinion/openforum/article/Appeal-for-releases-Immigrant-detention-15185890.php and https://www.aclusocal.org/en/aclu-hrw-letter-adelanto-re-covid-19.