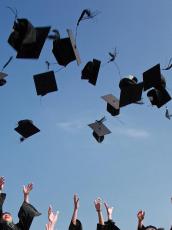 Among disadvantaged groups, rates of postsecondary enrollment are disproportionately low, with undocumented immigrants facing particularly high barriers to college. In a recent study, we investigated the effects of a decrease in Colorado college tuition on college application and enrollment behavior. Specifically, we used student-level data to analyze a law that granted in-state tuition to certain undocumented students residing in Colorado. We found an increase in the credit hours and persistence of newly enrolled and likely undocumented students in the period after the law was introduced. We also found that the law induced more students to enroll in college. This was due not to an increase in the acceptance rate or the enrollment rate, but to an increase in the number of applications. These results suggest that tuition changes for disadvantaged students on the margin of college attendance can have substantial effects on college-going.

A lack of information about financial aid and about the benefits of college make African American and Hispanic students, as well as children of low-income families, less likely to enroll in college.[1,2] Undocumented immigrants, who tend to live in low-income families, and to have parents with low education levels, are ineligible for federal financial aid, as well as for in-state tuition in many states. It is crucial to understand the channels through which targeted policies can increase college access for these students, whether through encouraging them to apply to college, lowering costs to a point that they are able to enroll, or reducing their financial burden so that they can enroll full-time.

States and cities have made some efforts to provide undocumented immigrant youth with support to pursue higher education. In some states, public university systems have provided undocumented students with in-state tuition if they meet certain requirements, such as attending high school in the state for a certain number of years. In-state tuition may also lead undocumented students to enroll sooner after high school. Prior studies, examining other states or relying on national survey data, have found positive effects of such support on college enrollment and completion, particularly for women, but no effect on the probability of dropping out or evidence for the crowding out of native students.[3,4,5] However, this is the first study to use student-level administrative data to examine the effects of such a policy in Colorado, and the first to examine the effects on applications.

Colorado’s Advancing Students for a Stronger Tomorrow (ASSET) legislation, passed in 2013, extends in-state tuition eligibility to students who graduated from high school in Colorado but are unable to provide proof of legal residence. ASSET also made many undocumented students eligible for certain types of university-specific financial aid or scholarships available only to residents. In our study, we examined how the change in college-tuition policy in Colorado affected the enrollment behavior of undocumented immigrants relative to other students with similar characteristics.[6]

Our first source of data contained information on all enrolled students at all Colorado public postsecondary institutions, from the 2008 to 2014 academic years, including each student’s demographics, academic progress, and financial aid received. Our second consisted of each individual application to a Colorado postsecondary institution between 2009 and 2013, including demographic information and tuition classification for each applicant. Each of these records also showed whether the application was accepted and whether the student ultimately enrolled in that institution. Because we did not have information on the legal status of college applicants and enrollees, we relied on the assumption that in Colorado, where an estimated 76 percent of the undocumented population was Hispanic in 2012, Hispanic non-resident non-citizens were an adequate proxy for undocumented students.[7]

We used a difference-in-differences methodology to compare students likely to be affected by the policy change to those who were not. We examined two distinct ways the policy could work. Along the “extensive” margin, more students could be induced to enroll in or apply to college. Along the “intensive” margin, the policy could incentivize students to enroll in more credits and to transition from part-time status to full-time status. To study these effects, we examined the composition of college applicants, the probability of an application being accepted, and the enrollment decision.

We found that the tuition change had no significant effect on students who had already enrolled in college. It did, however, have a strong effect on the intensity of enrollment of first-time students. Specifically, we found a 16-percent increase in credit hours and a 17-percent increase in the probability of full-time status among the 2013 cohort of students who enrolled for their first year following the tuition decrease. Following the implementation of the policy, these students were also more likely to re-enroll in college for a second year. This suggests that the ASSET legislation was effective in improving access to higher education, and thus enrollment in college, among some of the targeted students (Figure 1). Importantly, this was due an increase in applications from likely undocumented students, not in the probability that colleges accepted them.

Hispanic non-resident students were 8 percentage points more likely to enroll as full-time students in the 2013 cohort than in the pre-policy cohort, relative to Hispanic resident students. This is quite a large effect, about 12 percent relative to the overall full-time status rate of 68 percent. The ASSET legislation also had a positive and substantial effect on the number of credit hours of new first-year students. The policy led to an increase of 2.7 credits in a student’s first year, or about a 14-percent increase. It also increased persistence rates of the targeted students by 20 percentage points, a substantial increase.

Overall, we found that ASSET had its intended effect. Some students who would otherwise likely not have applied to college were pushed to apply, but the quality of applications did not change. This may be because students were on the margin of applying due to financial considerations, not academic ones. The policy was able to close half the gap between non-resident Hispanic students and resident Hispanic students in terms of the number of college credits taken and persistence. The mechanism driving these results is most likely the effect of the policy on inducing marginal students to enroll.

There may well be longer-term effects, too. For example, high school graduation may increase as a result of ASSET, which would likely then lead to increases in college enrollment later on, as well as potential changes in the composition of college applicants. Legislation like ASSET—one of many similar “state DREAM acts”—can increase college-going rates of disadvantaged students on the margin of college attendance, including undocumented students who may otherwise face insurmountable financial barriers to higher education.

Michel Grosz is an economist at the Federal Trade Commission. Annie Hines is an Associate at Cornerstone Research.

The views expressed in this article are those of the authors and do not necessarily represent those of the Federal Trade Commission or any of its commissioners.

[3] Darolia, Rajeev, and Stephanie Potochnick. 2015. Educational “when”, “where”, and “how” implications of in-state resident tuition policies for Latino undocumented immigrants. The Review of Higher Education 38(4): 507–535.