To Get Medicaid in Kentucky, Many Will Have to Work, Advocates for the Poor Say They Will Sue The New York Times reports on Kentucky's plan to require Medicaid recipients to work 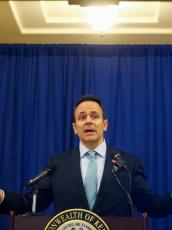 WASHINGTON — Kentucky will be the first state to require many of its Medicaid recipients to work or face losing their benefits after the Trump administration approved its plan on Friday.

Advocates for the poor threatened lawsuits, while Gov. Matt Bevin, a Republican, celebrated the approval as “the most transformational entitlement reform that has been seen in a quarter of a century.”