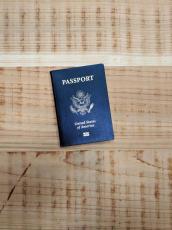 The Deferred Action for Childhood Arrivals (DACA) program, implemented in 2012, granted a subset of undocumented youth temporary relief from deportation, as well as work authorization and other benefits. In a recent study, we analyzed both whether and how DACA impacted education and employment among undocumented immigrants in California. We found mixed effects. DACA enabled college for some, but discouraged it for others. DACA recipients perceived substantial occupational mobility, but for many, this was not reflected in movement out of the secondary labor market. Our findings suggest that, without access to permanent legal status, DACA recipients experience ‘liminal legality’ characterized by chronic uncertainty and limited socioeconomic integration. Offering DACA recipients a clear path to permanent citizenship would end this state of limbo and enable them to realize their full potential.

Between the creation of DACA in June 2012 and September 2018, USCIS approved over 900,000 initial applications, representing 70 percent of the 1.3 million people estimated to be eligible for the program.[5] In September 2017, President Trump announced plans for DACA’s termination. The Supreme Court rejected this plan in June 2020, but the future of the program remains uncertain.[6]

Though DACA recipients benefit from deferral of action on deportation, as well as work authorization, they arguably experience “liminal legality”, a status “in between” documented and undocumented, with uncertain and contingent impacts on economic integration.[7] Liminal legality may be empowering in the short term, but not so when experienced over longer durations. This is because its inherent uncertainty undermines recipients’ ability to plan and make investments in the future.[8] Put another way, the uncertainty and temporariness of the DACA program may alter the choices recipients make regarding school and work. In this study, we examined those choices.[9]

Our study draws on two sources of data from California. Firstly, we used data from the 2007–2017 waves of the California Health Interview Survey (CHIS), a population-based telephone survey of California’s residential, non-institutionalized population collected biannually. We restricted our analysis to the 2,585 Latino-origin immigrants who were under 31 and at least 18 years old. The average DACA-eligible immigrant in this sample is 23 years old and migrated at age eight in 1998. We used the CHIS data to estimate DACA’s impact on current employment status and educational attainment.

We also analyzed data from the DACA Study, which were collected in 2014–15 and include 502 telephone surveys with potential DACA applicants and 62 in-depth interviews with a subset of survey recipients. Respondents were drawn from a pool of individuals who attended at least one of six DACA workshops in Los Angeles County between 2012 and 2014. We conducted in-depth interviews with 62 survey participants approximately one year after the telephone surveys. We used the DACA Study survey data to contextualize and provide additional nuance to the CHIS findings.

In terms of education, as shown in Figure 1, DACA led to a significant increase in the probability of high school completion—from .54 to .80 from the pre- to the post-period—for the DACA-eligible, a substantially larger change than for the two other groups. However, DACA did not change post-secondary education. Our interviews help explain this finding. Some respondents, like Joshua, described DACA as enabling post-secondary schooling. Joshua said that after DACA he was able to“imagine myself moving forward in a professional career where two years ago I didn’t think that it was possible.” Others said DACA made college less attractive, especially given the alternative option to work in the short-term. These interviews may help explain why we do not find an effect of DACA on post-secondary education in the CHIS data.

In terms of employment, DACA led to increases in labor force participation but decreases in full-time employment. DACA had no significant effect on employment among those in the labor force or on wages among those employed. That said, our interviews showed that DACA improved the subjective labor market outlook of DACA recipients. Although many DACA recipients remained in low-wage positions at the time of our interview, they perceived multiple benefits from the broader set of labor market opportunities that comes with work authorization. Many felt like Miguel, who said that DACA completely changed his life because he was able “to hold a legal job. A legitimate job. I was able to apply anywhere and it just opened up so many doors.”

In the first six years of its tenure, DACA had diverse, often counter-balancing impacts on the socioeconomic trajectories of recipients. While the program gives a degree of relief and hope to young people, DACA recipients described its temporary, stopgap nature as limiting the extent to which they could make meaningful, long-term investments in education and in occupational mobility. In other words, the temporariness and uncertainty of the DACA program has undermined the potential impacts of this expansion of immigrant rights. Replacing DACA with a permanent program that includes a route to citizenship would enable recipients to move beyond uncertainty—to invest in and realize their full potential.

Erin R. Hamilton is an Associate Professor of Sociology at the University of California, Davis.

Caitlin Patler is an Assistant Professor of Sociology at the University of California, Davis.

Robin Savinar earned her PhD in Sociology at the University of California, Davis.

This work was supported by the National Science Foundation grant 1822787.