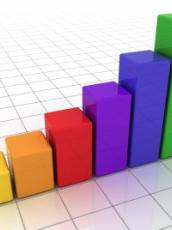 Each year, the U.S. Census Bureau releases a number of public reports on the level of poverty in the previous year and trends in the level and composition of the poor from year to year. This issue of Fast Focus seeks to make sense of these various measures at the federal, state, and local levels.

To make their annual assessment, Bureau analysts use the official poverty measure that was created around the time when President Lyndon Johnson launched the War on Poverty in 1964. The measure was devised to define and quantify poverty in America and thereby provide a yardstick for progress, or regress, and in that sense has served the nation well.

However, since the measure’s inception, criticisms of it have abounded, as have suggestions for alternative approaches. While continuing to use the official measure, the Census Bureau also has pursued ancillary measures, most recently the Supplemental Poverty Measure, whose first results were released in November 2011.

In addition, the Census Bureau and many state and local entities have devised their own, place-specific measures, in an attempt to better understand the level and trend of poverty in their region and to gauge the effectiveness of antipoverty efforts.