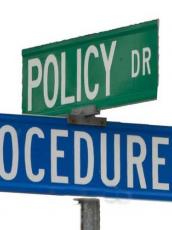 Facing the prospect of a prolonged federal government shutdown, Gov. Jerry Brown will soon need to decide if the state will shoulder the cost to keep running federal programs used by millions of Californians.

State officials say there’s no guarantee that critical social services in California — such as food stamps, subsidized school meals and nutrition assistance for pregnant women and infants — could run without interruption in November.

The Brown administration has not yet said if it plans to plug the gaps for social programs at the end of the month.

“In terms of where we sit today, it’d be premature to speculate,” said H.D. Palmer, spokesman for Brown’s Department of Finance. He said the department is continuing to evaluate potential impacts of the shutdown, which began Oct. 1.

There’s also an element of political strategy at play, with California and other states hesitant to signal too early they’d step in for the federal government and mitigate the shutdown’s impact.

Brown, at a bill signing last week, called the shutdown “disquieting” and said he would put the pressure on the federal government to end the spending standoff.

“California is going to make it. This is a place that was around before Washington was even created,” Brown said. “So there’s a power here and I’m going to do everything I can to wake up the folks in Congress.”

But advocates, fearing confusion and anxiety from those who participate in the assistance programs, are prodding state officials to dispel the uncertainty and announce if the state plans to intervene.