Being In The Minority Can Cost You And Your Company NPR, July 24, 2013 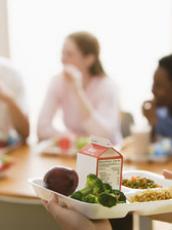 The racial wage gap in the United States — the gap in salary between whites and blacks with similar levels of education and experience — is shaped by geography, according to new social science research.

The larger the city, the larger the racial wage gap, according to researchers Elizabeth Ananat, Shihe Fu and Stephen L. Ross, whose findings were recently by the National Bureau of Economic Research.

“The average racial gap in metropolitan areas of around 1 million people — and you can think of a place like Tulsa, Okla. — is about 20 percent smaller than the gap in the nation’s largest metro areas of Chicago, L.A. and New York,” Ananat says.

Ananat’s research suggests that the racial gap is not directly the result of prejudice or, at least, prejudice conventionally defined. Rather, it has to do with patterns of social interactions that are shaped by race — and a phenomenon that economists call spillovers.