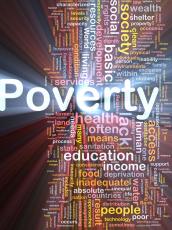 Purpose
The Center for Poverty Research, located at the University of California, Davis, invites proposals for its 2012-13 Small Grants Competition. The Center seeks to fund research that will expand our understanding of the causes and consequences of poverty. The goal of this program is to fund proposals focused on our core research areas, that display sound research design and high potential impact. The Center anticipates funding up to 5 proposals, up to a maximum of $20,000 per award. The award period is November 1, 2012 – October 31, 2013. Projects using either qualitative or quantitative data sources are eligible for funding. Because of the short length of the performance period, we do not anticipate funding projects that seek to collect new data.

We seek proposals for research connected to our core research themes:

Application Instructions
Applicants should submit their proposal via the webform linked below, and upload a single PDF of the proposal elements listed in part 2 below. Proposals must be received by 5pm Pacific Standard Time on Friday, September 21, 2012.

Go to the webform application.