After decades of reductions in official measures of family violence, annual incidence rates have plateaued over the past ten years. Poverty and the increased stress it causes can increase the risk for family violence, which suggests that economic downturns like the Great Recession may contribute to this stagnation.[8] Income support in new and existing interventions may help reduce family violence, especially among high-risk, poor families.

The Centers for Disease Control and Prevention define Intimate Partner Violence (IPV) as “physical, sexual, or psychological harm by a current or former partner or spouse,” and Physical Child Abuse (PCA) as “the intentional use of physical force against a child that results in, or has the potential to result in, physical injury.”

Recent community-based studies find that up to 35 percent of children[11] and 20 percent of all couples[12] still experience physical family violence. Acts of violence range from the less severe (i.e., slapping) to those resulting in serious injury. While less severe family violence occurs most frequently, infrequent severe acts may have greater social, physical and psychological consequences.

Young families are at greater risk for greater amounts of family violence, and the youngest children are most often victims. Nearly half of first-time IPV victims are young adults 18-24, with an additional 25 percent by age 34.[13] Young adults are also more likely to be poor, at a rate of 28 percent for 18-34 year olds.[14] Furthermore, parents of young children are more likely to perpetrate PCA. Over 40 percent of PCA victims are age five and younger in verified child protective services reports.[15]

Interventions have historically targeted groups considered most at-risk for severe violence victimization: women and very young children. The focus on family violence in which males are the primary perpetrators may overlook the elevated frequency and severity of both parents perpetrating IPV and PCA.

Recent research has exposed a great diversity within at-risk groups that includes male IPV victims and families in which multiple types of violence occur.[16] Bi-directional violence, in which each partner perpetrates IPV against the other, is the most commonly occurring IPV profile. Across all age groups, men and women perpetrate PCA at nearly equivalent rates. Nonetheless, risk of severe injury may still be greater for females.[17] IPV and PCA co-occur in 25-60 percent of families.[18] 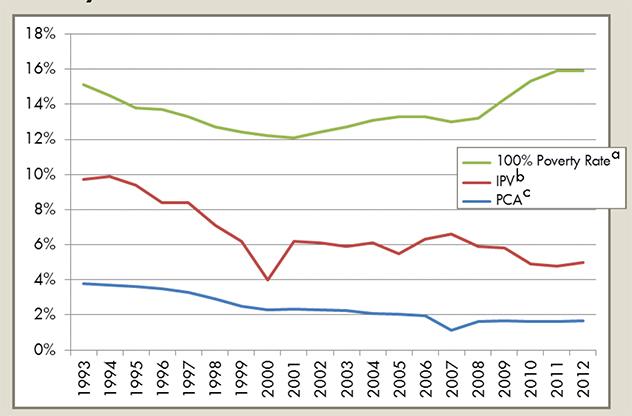 Co-occurrence of concurrent IPV and PCA and bi-directional IPV are also common. In a new study[19] in which I examined the intergenerational transmission of family violence, I found that 65 percent of parents who reported IPV also reported perpetrating PCA with their adolescent children. As the adolescents aged into young adulthood, 37 percent reported IPV perpetration and victimization, 79 percent of whom were exposed to IPV or PCA as adolescents. In both the parent and adolescent generations, 65 percent reported bidirectional IPV. Co-occurrence of multiple types of family violence, including bidirectional violence, also falls outside of current interventions.

Poverty increases the risk for family violence. A high proportion of IPV and PCA are directly related to specific stressors, including the loss of income or employment.[20] For this reason, shifts in structural factors, i.e., national economic recessions, may indirectly influence increases in family violence. Indeed, the five-percent rise in the number of poor families following the onset of the Great Recession may have contributed to the stalled reduction in family violence.

A lack of steady work can cause problems in the home. Unemployment is a high risk factor for IPV and is associated with double the risk of PCA, as well as triple the severity of injury. While the vast majority of low-income parents are employed at least part-time, over 70 percent have not attained a high school degree, which limits their employment opportunities.[21] Relying on low-paying part-time employment—often multiple jobs—can lead to income instability and high stress.

Many family violence interventions function via the judicial system, providing much-needed assistance to adult and child victims. However, this approach is less successful at changing perpetration rates, particularly chronic and severe family violence.[22] Traditional interventions rarely include structural factors that may affect low-education low-income individuals and families more substantially, such as shifts in the economy.

[19] Maurer, K. 2015. “An examination of the intergenerational transmission of family violence.” Unpublished paper.

[23] Cancian, Slack, et al. 2010. “The effect of family income on risk of child maltreatment.” Institute for Research on Poverty. 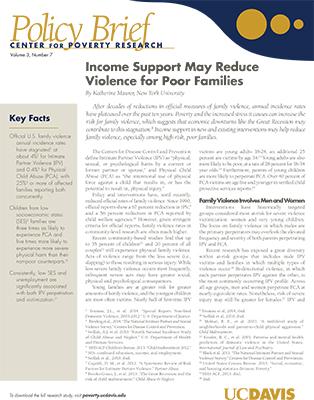 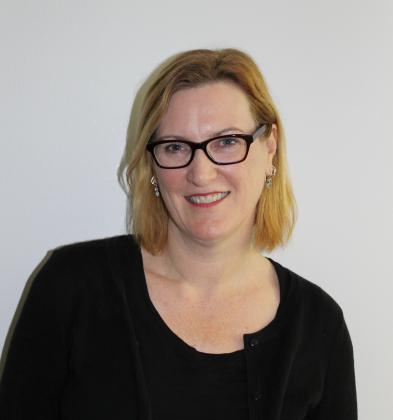 Katherine Maurer, LMSW, is a Ph.D. candidate at NYU’s Silver School of Social Work. Kate’s research focuses on the intergenerational transmission of family violence, particularly the study of the physiological impact of persistent family violence. She was a research fellow for three years with NYU’s McSilver Institute for Poverty Policy and Research conducting research on the social reproduction of structural disadvantage in the context of economic and ethnic/racial segregation and the application of social capital in social work policy and practice.