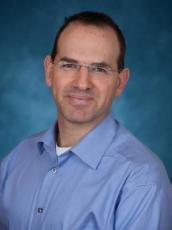 The facts, not the fiction, of America’s immigration experience

Immigration is one of the most fraught, and possibly most misunderstood, topics in American social discourse—yet, in most cases, the things we believe about immigration are based largely on myth, not facts. Using the tools of modern data analysis and ten years of pioneering research, new evidence is provided about the past and present of the American Dream, debunking myths fostered by political opportunism and sentimentalized in family histories, and draw counterintuitive conclusions, including:

Using powerful story-telling and unprecedented research employing big data and algorithms, Abramitzky and Boustan are like dedicated family genealogists but millions of times over. They provide a new take on American history with surprising results, especially how comparable the “golden era” of immigration is to today, and why many current policy proposals are so misguided.

Co-Hosted with the Global Migration Center