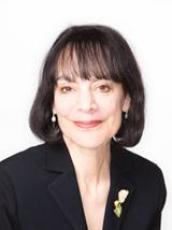 Carol S. Dweck, Ph.D., is one of the world’s leading researchers in the field of motivation and is the Lewis and Virginia Eaton Professor of Psychology at Stanford University. Her research has focused on why people succeed and how to foster success. She has held professorships at Columbia and Harvard Universities, has lectured all over the world, and has been elected to the American Academy of Arts and Sciences. Her scholarly book Self-Theories: Their Role in Motivation, Personality, and Development was named Book of the Year by the World Education Federation. Her work has been featured in such publications as The New Yorker, Time, The New York Times, The Washington Post, and The Boston Globe, and she has appeared on Today and 20/20.

This event has been archived and may contain content that is out of date.
Event Thursday, April 20, 2017 - 4:00pm Vanderhoef Studio Theater, Mondavi Center, UC Davis