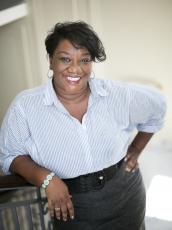 She is the author of “Lower Ed: The Troubling Rise of For-Profit Colleges in the New Economy” (2017, The New Press). The New York Times called Lower Ed the “best book yet on the complex lives and choices of for-profit college students”.

Dr. McMillan Cottom is also co-editor of two academic books: “Digital Sociologies” from Policy Press and “For Profit U” from Palgrave MacMillan. She speaks extensively, including recent invitations to The White House, South Africa, New Zealand, and Italy.

Her public scholarship has appeared in  The New York Times, The Washington Post, NPR’s Fresh Air, The Daily Show, Slate, and The Atlantic.