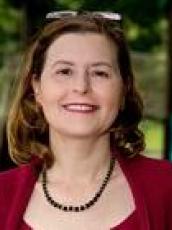 Janet Currie is the Henry Putnam Professor of Economics and Public Affairs at Princeton University and the Co-Director of Princeton’s Center for Health and Wellbeing. She also co-directs the Program on Families and Children at the National Bureau of Economic Research. She has served as the Vice President of the American Economics Association and is a member of the National Academy of Medicine and of the American Academy of Art and Sciences. She is a Fellow of the American Academy of Political and Social Science, the Society of Labor Economists, and of the Econometric Society, and has an honorary degree from the University of Lyon and the University of Zurich. She is on the Board of Reviewing Editors of Science and has served as the Editor of the Journal of Economic Literature and on the editorial board of the Quarterly Journal of Economics.  Her research focuses on health and wellbeing, especially of children. She has written about early intervention programs, programs to expand health insurance and improve health care, public housing, and food and nutrition programs. Her current research focuses on socioeconomic differences in health and access to health care, environmental threats to health, and mental health.

This event has been archived and may contain content that is out of date.
Event Tuesday, February 19, 2019 - 4:00pm - 5:30pm Student Community Center, Multi-Purpose Room