The Impact of World War II on Work Opportunities for Women in Different Parts of the Income Distribution Price Fishback, University of Arizona 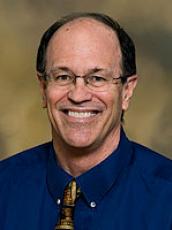 Price Fishback is a Thomas R. Brown Professor of Economics at the University of Arizona. Professor Fishback is involved in a long-term study of the political economy of Roosevelt’s New Deal during the 1930s.  The research examines both the determinants of New Deal spending and loans and their impact on local economies throughout the U.S. He is continuing his work on state labor legislation during the Progressive Era, the American Economy during World War II, and performing additional studies on changes in agriculture in response to climate, government policy, and technology.  His past work includes studies of the origins of workers’ compensation, company towns, coal miners, compensating differentials for workplace risks, workplace safety regulation, corruption, labor markets in the late 19th and early 20th centuries, and discrimination in labor markets and by governments.