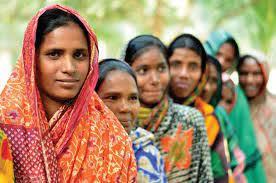 Joanne Meyerowitz is the Arthur Unobskey Professor of History and American Studies at Yale University. A past president of the Organization of American Historians and a former editor of the Journal of American History, she is the author of How Sex Changed: A History of Transsexuality (2002) and the editor of Not June Cleaver: Women and Gender in Postwar America, 1945–1960 (2004) and History and September 11th (2003). Her new book, A War on Global Poverty: The Lost Promise of Redistribution and the Rise of Microcredit (Princeton University Press, 2021), is a history of U.S. involvement in campaigns to end global poverty in the 1970s and 1980s.

THIS EVENT IS SPONSORED BY THE UC DAVIS HISTORY DEPARTMENT’S PROGRAM IN WOMEN’S AND GENDER HISTORY AND THE DEPARTMENT OF GENDER, SEXUALITY AND WOMEN’S STUDIES.