Growing Up in Poverty Increases Diagnoses of Psychosis-Spectrum Mental Illnesses An article about new research by affiliate Paul D. Hastings

Growing up in impoverished urban neighborhoods more than doubles your chances over the average person of developing a psychosis-spectrum disorder by the time you reach middle adulthood, according to a new UC Davis and Concordia University study of nearly 4,000 families who were monitored over 30 years.

The results of the study suggest that intervention through social policies and investment in neighborhood improvements, as well as identifying those most in need of help by observing certain child behaviors, could prevent future debilitating illnesses and the societal and personal costs associated with them, said the study’s authors.

“One important message to take from this study is that the stresses and chronic day-to-day challenges of living in under-resourced or impoverished communities can undermine the well-being of individuals whether they seem to have a vulnerability or not,” said Paul D. Hastings, professor in the Department of Psychology at UC Davis and the lead author of the paper. He explained that while heredity is a major factor in predicting schizophrenia, bipolar disorder and other disorders involving psychoses ­— that is, breaks with reality, like delusional beliefs and hallucinations — this study provides clear evidence that environmental factors experienced in childhood also affect future mental health. 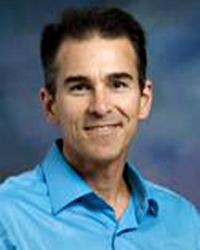